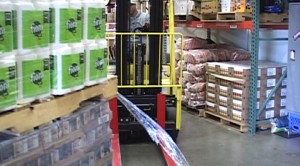 Medford, Ore. — For the 15th year, Sherm’s grocery stores are helping to make sure thousands of families in Jackson County don’t go without.

On Friday, Sherm’s Food 4 Less and Thunderbird dropped off 23,000 pounds of food and toiletries to ACCESS in Medford. The donations will be a big help for the 24 food pantries the organization serves.

“We move and distribute 75,000 pounds of food a week throughout the whole year,” Philip Yates says, “so that need, it doesn’t slow down so please keep on giving.”

“ACCESS does a wonderful job here,” Bob Ames says, “and it really spreads by doing for others it kind of leads you to want to help.”