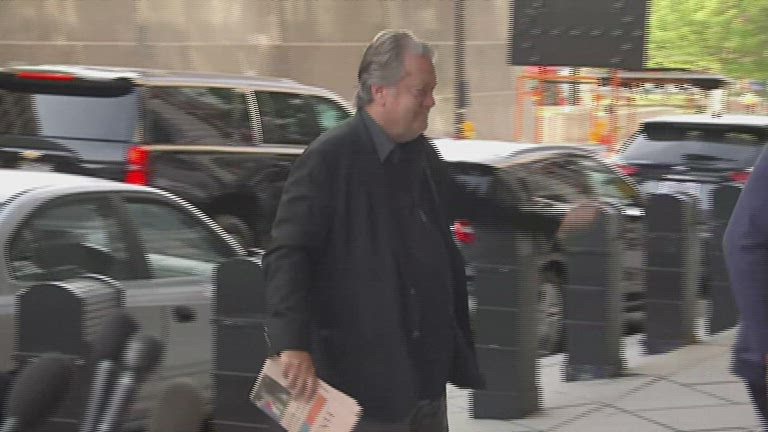 WASHINGTON, D.C. – A jury began deliberating the fate of former Donald Trump adviser Steve Bannon, who is facing two counts of contempt of congress for blowing off the January 6 select committee.

If convicted, Bannon would face a mandatory minimum sentence of 30 days incarceration and up to one year behind bars. He could also be fined between $100 and $100,000.

This case is not complicated, but it is important,” Assistant U.S. Attorney Molly Gaston told jurors during closing arguments on Friday.

The defense rested its case on Thursday without calling any witnesses after the prosecution rested on Wednesday, having called two witnesses over two days.

The former Donald Trump advisor is changed after ignoring a subpoena from the House committee to give testimony on events leading up to the violent attack on the U.S. Capitol on January 6th by supporters of former President Donald Trump.

The Justice Department has tried to simplify this case, telling jurors that Bannon didn’t turn over documents and testify before the January 6 committee when he was required to do so in October 2021 because he thought he was “above the law.”

The prosecution called two witnesses a January 6 committee staff member and an FBI special agent and rested their case on Wednesday.

Bannon’s team declined to put on a defense on Thursday, but has made clear they’re planning for appeal if he is convicted.

In closing arguments, Bannon lawyer Evan Corcoran questioned whether the committee’s subpoenas were actually signed by Chairman Bennie Thompson and raised what he called a serious question” about a witness’ participation in a book club.