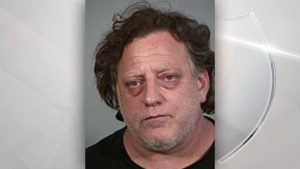 SISKIYOU COUNTY, Calif. – Stolen firearms and explosive components were found during the search of a Siskiyou County home.

Investigators said on Tuesday evening numerous law enforcement agencies responded to reports of a man threatening others with a gun in the area of Rocky Gulch Road.

When officers arrived, they intercepted two men in a vehicle. One of the men, David Eric Setzer, was identified as the suspect who allegedly made the threats.

The Siskiyou County Sheriff’s Office said they determined Setzer hid a handgun in his nearby residence after he made the threats.

Suspected explosive components were also found on the property, investigators said. They were taken to a safe location and destroyed.

According to the sheriff’s office, Setzer was charged with numerous crimes, including brandishing a firearm, making criminal threats and assault with a deadly weapon. Additional charges related to the items found during the search are expected to follow.