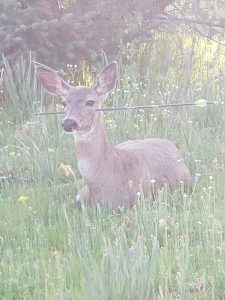 SHADY COVE, Ore. – A man was charged for allegedly shooting target arrows at two deer, wounding them in the process.

In April 2018 several deer with arrows protruding from their bodies were reported to be seen around the Shady Cove area, prompting an investigation from wildlife officials, as the incident occurred outside of deer hunting season.

Initially, Oregon State Police and Oregon Department of Wildlife officials were called up in an effort to tranquilize one deer and remove the arrow. Later reports soon showed there were possibly three different deer with arrows in their bodies.

Troopers soon identified the type of arrows that were used as target arrows, not hunting arrows. Oregon Hunters Association member Stan Alexander said the difference between the two are hunting arrows are intended to kill whereas target arrows aren’t. Since these animals were shot with the latter, it has probably resulted in a more torturous life than if they had been shot humanely, according to Alexander. “That just means that somebody just grabbed some old arrows somewhere and just started flinging arrows without it being considered hunting,” he said.

Later on, reports stated a trooper possibly spotted two of the deer, but it was unclear if they were the same ones initially spotted.

Eventually, two live deer were located and tranquilized by ODFW. Arrows were successfully removed without further injury to the deer.

OSP Public Information Officer Sgt. Kaipo Raiser described it as an alarming situation.”It’s important for people to understand as stewards of our environment and the wildlife in the State of Oregon, we locate the individuals responsible for this.”

On June 28, OSP troopers and ODFW officials completed their investigation and charged 36-year-old Daniel Logston for shooting and wounding two black-tail deer. He was charged with the unlawful taking/possession of antlerless deer, felony aggravated animal abuse in the first degree and failure to report accurate information as a sex offender. 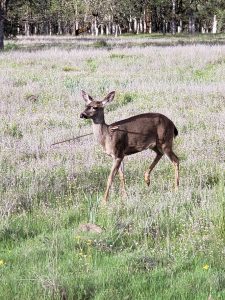