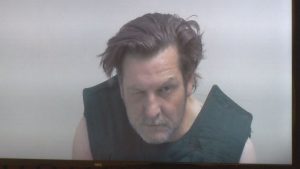 MEDFORD, Ore. — The man accused of killing a Central Point man outside of his home last week was in court Friday.

David Bullard was arrested Wednesday and is charged with killing 35-year-old Nicholas Kubasiak.

Police said Bullard was living at the home where Kubasiak was shot. He’s facing one count of murder.

In court Friday, Bullard asked that all charges be dismissed saying it was self-defense. His next court date is scheduled for early next month.