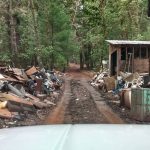 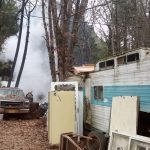 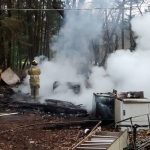 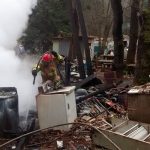 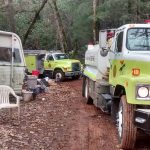 Josephine County, Ore. – Firefighters with Rural Metro Fire were traveling near Wilderville on Fish Hatchery Road around noon on Monday when they saw a column of smoke rising above a remote community referred to by locals as “Bed Spring Acres”.

Firefighters said the exact location of the fire was not known and there were no 911 calls made from the scene. Response was hampered due to very poor road conditions and multiple forks on the road.

Eventually, firefighters said they arrived at the scene and found a single story home collapsing in flames.

The fire was eventually contained and no injuries were reported.

The cause of the fire is being considered suspicious, according to Rural Metro Fire. There was another structure fire earlier the same day, but it doesn’t appear to be related.