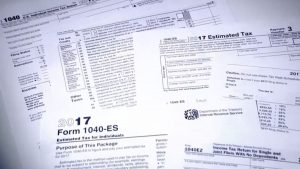 WASHINGTON, D.C. (NBCNC) – Congress is back this week with a Thanksgiving deadline to overhaul how America pays taxes – something that hasn’t been done in over 30 years. “The goal here is to get middle-class taxes down, to get — to prevent job exportation,” said Senate Majority Leader Mitch McConnell.

Step one – get the House to pass the Senate’s budget that raises the deficit, but paves the way for a one-and-a-half trillion dollar tax cut. “If the economy is stuck in the same track over and over again, somehow, you have got to be able to bump that to get it going,” said Senator James Lankford, (R) Oklahoma.

What is still unclear is whether the middle class will pay more. “That’s the fork in the road. And, so far, the jury’s out,” said Senator Sherrod Brown, (D) Ohio.

President Trump tells Fox he’s hoping to use health care as leverage. “I will say the fact that healthcare is so difficult, I think, makes the taxes easier. The Republicans want to get it done,” said President Donald Trump.

But Democrats aren’t willing to re-negotiate. “You’re asking me to negotiate against myself. And I’ve been around long enough I don’t do that,” said Senate Minority Leader Sen. Chuck Schumer, (D) New York,

The White House budget director says the president may be willing to reinstate subsidies for low-income plans. “I would be OK with making these payments, if I get something for people in exchange,” said Director U.S. Office of Management and Budget Mick Mulvaney.

Health care and tax reform – both center stage this week.

President Trump huddled with Republicans by phone on tax reform over the weekend. He’ll be here in person for a strategy session tomorrow.