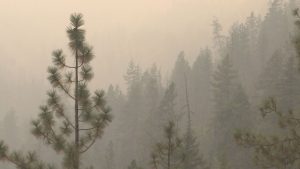 OREGON- The Oregon Department of Environmental Quality issued an air quality advisory Wednesday for Southern, Central and Northeastern Oregon due to smoke from fires in Oregon and Northern California.

Some areas under advisory: