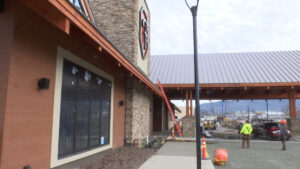 SALEM, Ore — Ahead of next week’s legislative session, a few Tribes throughout Oregon are backing two new bills, in an effort to examine and potentially shut down private casinos across the state.

The filings come amid the Flying Lark’s pending Historic Horse Racing (HHR) application. Its the final approval needed for the new Grants Pass location to open up, but tribes allege the machines would violate state constitution.

House Bill 4046 would establish a special joint committee on state gambling. According to the document, members would study gambling in the state along with the impact of technology. The committee will also, “evaluate the effectiveness of the current regulatory systems that govern state-sanctioned gambling.”
HB 4046 also asks to prohibit approval of new Oregon State Lottery games, and licenses from the Oregon Racing Commission until January 2nd, 2023. More notably, the bill would declare it an emergency if its enrolled.
House Bill 4047 on the other hand, “imposes certain requirements on devices for wagering on historical animal racing.” The bill would require HHR machines to show the final eight seconds of the race after the bet is placed. The video of the race would then have to occupy at least 70% of the screen.
According to the HB 4047, “The display may not use casino graphics, themes or titles, including depictions of playing cards, dice, craps, roulette, lotto, bingo, or traditional slot machine symbols.” The requirement alone would ultimately prevent the Flying Lark from receiving the HHR machines, which appear to look like regular casino style machines. 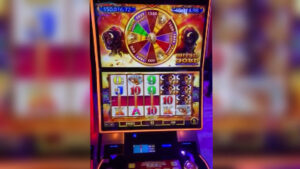 “We’re simply asking the legislature to pause and examine and study as it has done periodically.,” Anthony Broadman, attorney with the Cow Creek Band of Umpqua Tribe of Indians said prior to the filings. “Gaming technology has advanced rapidly.  We are seeing it with the [Flying Lark] attempted expansion of private gambling within the state.”
Currently no legislators have signed on to the bills. Part of HB 4046 would also require the committee to provide an opportunity for public comment, including people in affected communities, law enforcement and horse industry representatives.
This remains a developing story and more details will be released as it emerges.