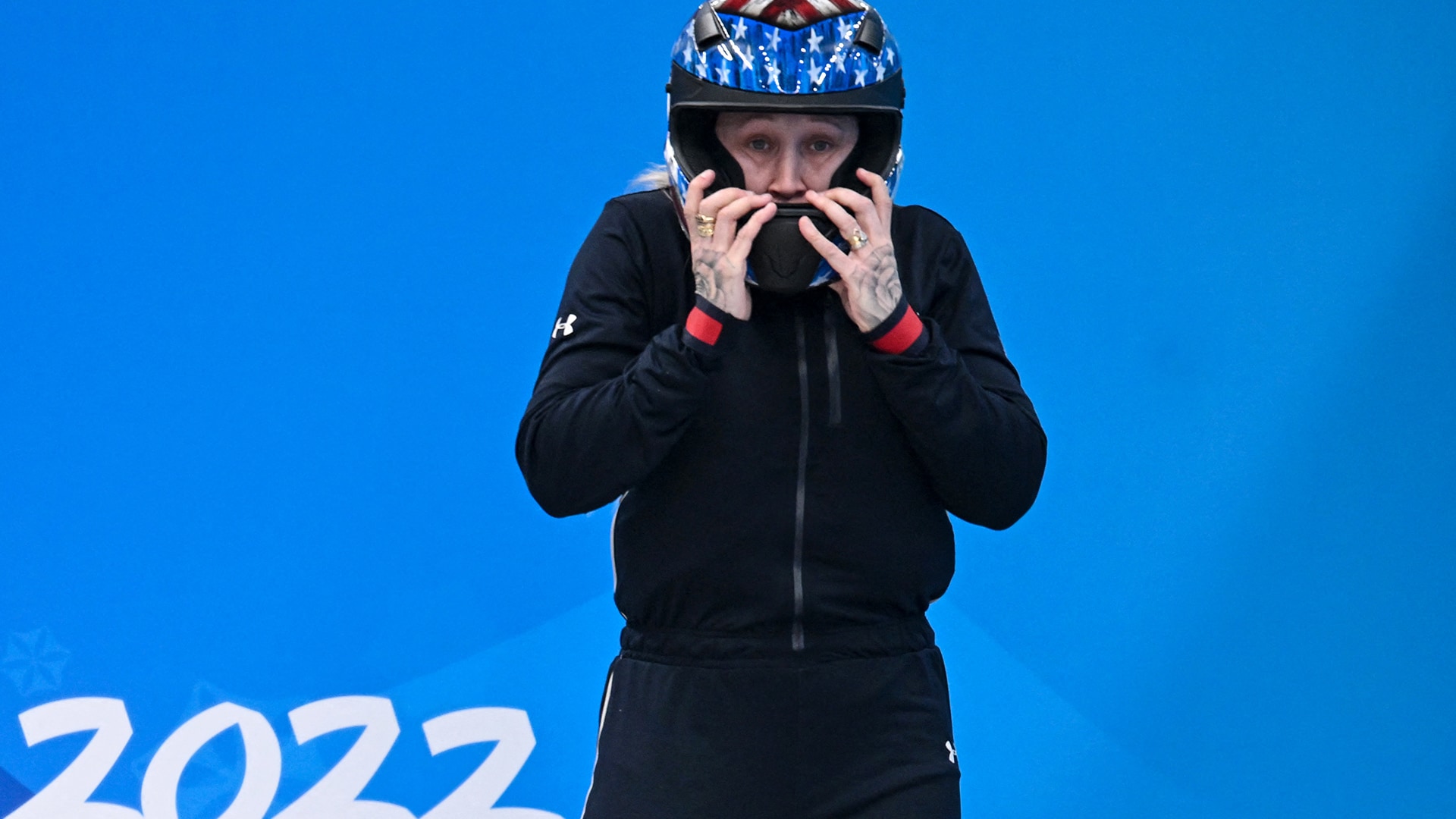 American bobsledded Kaillie Humphries is halfway to earning her third Olympic gold – and with it, making history.

If Humphries seals the deal with two more strong runs in the Games’ maiden monobob event, she will become the first woman to win three Olympic golds in her sport (she owns a pair of two-woman titles from Vancouver 2010 and Sochi 2014, as well as a bronze from PyeongChang 2018). The former Canadian – who gained United States citizenship just weeks ago – will also become the first woman to score gold for two distinctly different nations.

Following day one of competition, Humphries was asked what it would mean to win gold for the U.S.

“It would be a huge honor,” she said, choking back tears. “It’s an honor to be here … [This opportunity], it’s not something that was guaranteed. It’s something that I had to fight tooth and nail for, I had to give up and sacrifice for. The U.S. really had to accept me, and take me on. And so to be able to be a citizen representing the place where I live, where I will grow and raise my family – I’m going to do everything I possibly can to stand on the podium.”

She added: “I want to be able to put my heart and soul into it, and I know the country backs me for that.”

As snow blanketed the Yanqing National Sliding Centre on Sunday morning local time, Humphries secured a healthy lead of 1:00.04 seconds over former Canadian teammate Christine de Bruin by employing both strategy and speed. While other athletes competed in what looked like the Olympic version of bumper cars, pinballing from one side of the track to the other, Humphries managed to maneuver her 350-pound bobsled across the notoriously difficult track nicknamed “The Flying Snow Dragon.”

Currently in fourth by just 0.10 seconds, two-time silver medalist Elana Meyers Taylor – one of only two mothers competing for Team USA at these Games – can definitely find her way onto the podium. She laid down solid heats in the first half of competition, but sustained a few hard hits against the icy course’s sharp curves.

In her post-race interview, Meyers Taylor recognized she made some mistakes in her heats – but emphasized she still had gas in the tank. “For me, it’s just a blessing to be out here,” she said, referring to her positive COVID-19 test and subsequent quarantine just days after landing. “It was really questionable whether or not I’d be out here at all, so to be out here and be able to race, I’m going to go in tomorrow and just have fun and let the chips fall where they may.”