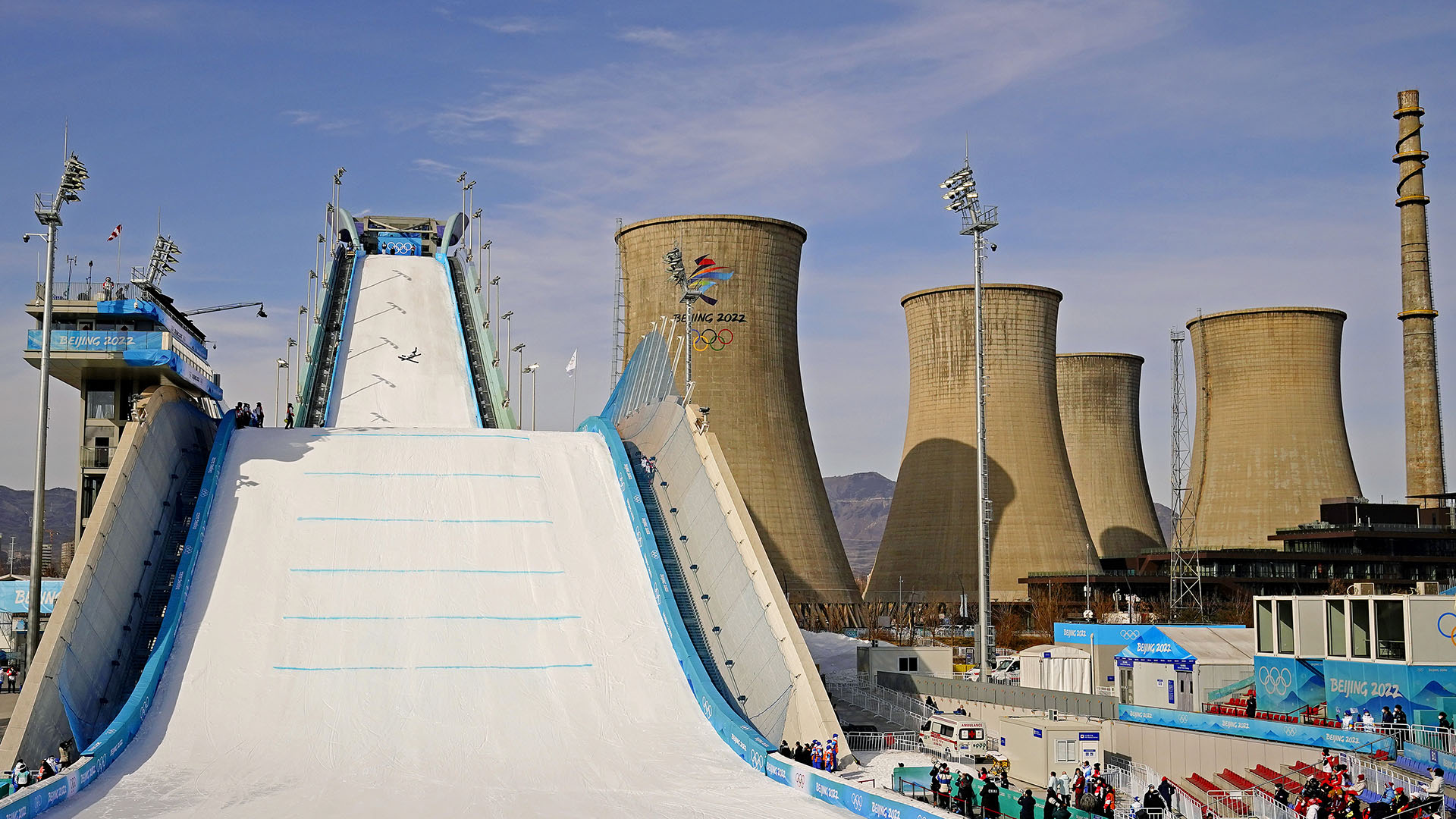 Olympic snowboarding gold medalist Red Gerard is preparing to drop in to stomp a trick at the most unique big air jump setting. Looming in the background of Big Air Shougang is a reminder of China’s industrial past. The large gray towers adjacent to the jump have nothing to do with nuclear power. They are cooling towers from the Shougang Group’s old steel mill, which operated for 86 years.

The urban backdrop is a stark difference from big air events’ typical mountainous scenery, so it’s no wonder that the towers caught spectators’ attention when Eileen Gu soared in front of the tall structures to land her first double cork 1620 and win Olympic gold in the women’s freeski big air event.

Those towers are part of a long history. The Shougang Group is a Chinese state-owned steel company. It ran the mill from 1919 until 2005, when it joined a government effort to move industrial operations from the city to neighboring provinces to reduce smog for the 2008 Winter Olympics. The cooling structures were never demolished. Construction on the big air jump began in December 2018 before finishing in October 2019, just in time to host Shaun White’s Air+Style World Cup 2019.

The area surrounding the venue is now home to office buildings and cafes. After the Games, the venue will become the training base for Chinese teams and hold sports, cultural and business events.

Big Air Shougang is located in the Beijing zone of the three Olympic areas. It hosts men’s and women’s freeski and snowboard big air.

The starting point where snowboarders and skiers drop into the jump is a staggering 155 feet above the venue’s ground. The landing area is 13 feet below the ground, leaving athletes with a 168-foot vertical drop. The course length is 525 feet long, longer than the length of three Olympic-sized swimming pools.

See the impressive jump in action when the women’s and men’s snowboard big air qualifiers begin at 8:30 p.m. ET on Sunday. Watch on NBCOlympics.com, the NBC Sports App and Peacock.