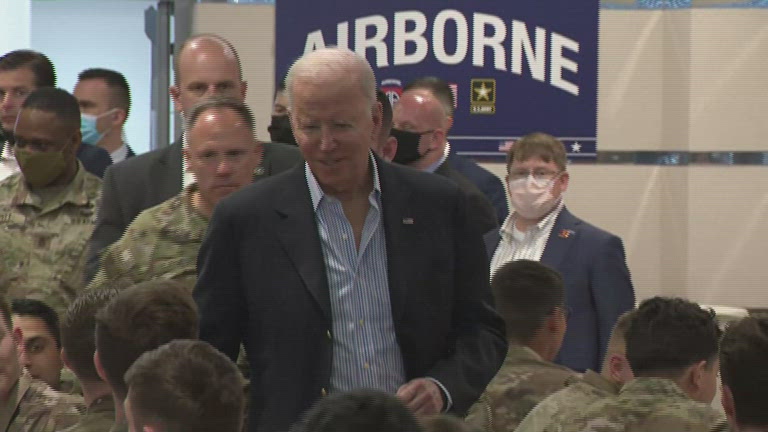 The base in Poland is less than 100 miles from where Russian missiles struck a Ukrainian military post this month.

While in Rzeszow, the president will also meet with aid workers assisting refugees in a country on the front lines of the humanitarian and military crisis unfolding in Ukraine.

Before he returns to Washington on Saturday, he will meet with Ukrainian refugees in Warsaw.

Biden is visiting Poland after a series of meetings with world leaders Thursday in Brussels, where he sought to rally other countries to do more to support Ukraine and punish Russia.