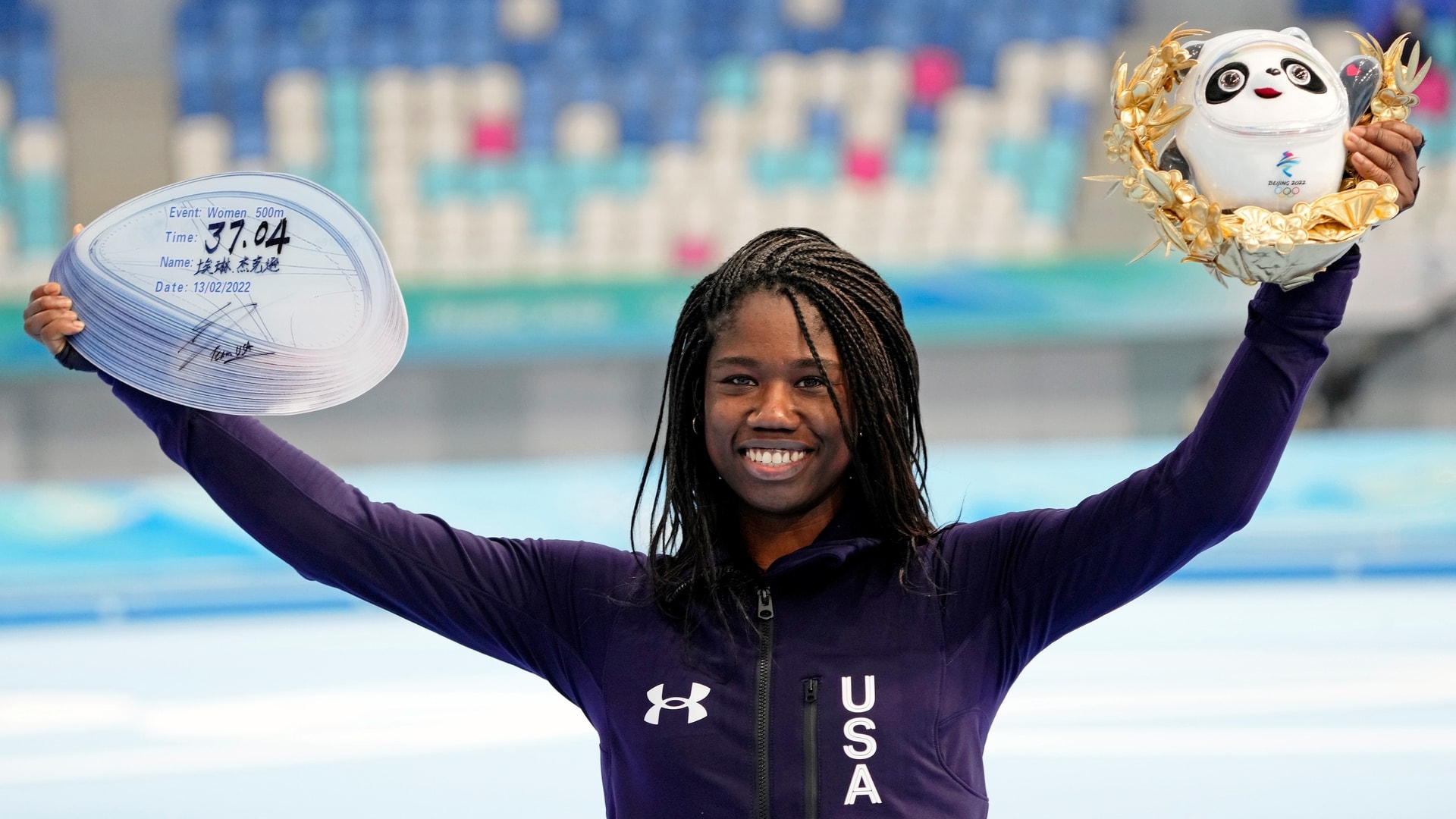 The 29-year-old from Ocala, Florida, skated a 37.04 time in the 14th pairing to edge Japan’s Miho Takagi, who skated a 37.12 in the fourth pairing. Takagi finished in second. Angelina Golikova of the ROC grabbed third.

Jackson, a former inline skating MVP, won the first gold medal in the women’s 500m by an American since Bonnie Blair in 1994.

“I wish I could describe how I feel, it is amazing,” Jackson told the media after the race. “This medal means so much. It has been a tough couple of years and a tough beginning for this year. For this to come around like this, I am so happy.”

She started her speed skating career less than six months before Olympic Trials in 2018. She made the team and finished 24th in her Winter Olympic debut. She has since become a force in the sprint distance and is the World Cup standings leader this season.

Jackson’s win marked the first podium finish at the 2022 Winter Olympics and individual medal since 2010 for U.S. speed skating. She also became the first black woman to win a speed skating gold medal at the Olympics.

She nearly missed out on competing after slipping during U.S. Trials. Her teammate and longtime friend Brittany Bowe won the distance at trials and gave up her spot for Jackson to qualify.

Bowe’s primary distances are the 1000m and 1500m, and she felt Jackson was the team’s best chance to win gold. The U.S. gained another qualifying spot since trials, and Bowe finished 16th with a time of 38.04 on Sunday.

The third American in the event was Kimi Goetz from Flemington, New Jersey. She skated a 38.25 time for 18th place in her Olympic debut.

Jackson and Takagi’s final 400m times were identical at 26.71 seconds. The American got off the line quicker with powerful strides that made the difference. She finished 0.08 seconds off the Olympic record time set by Kodaira in 2018.

Golikova was the only skater that came within 0.15 seconds of Takagi until the 14 pairing. Takagi is the second Japanese athlete to earn a medal in the women’s 500m since 1998.

Speed skating returns on Tuesday with the mens’ and women’s team pursuit semifinal and final rounds.