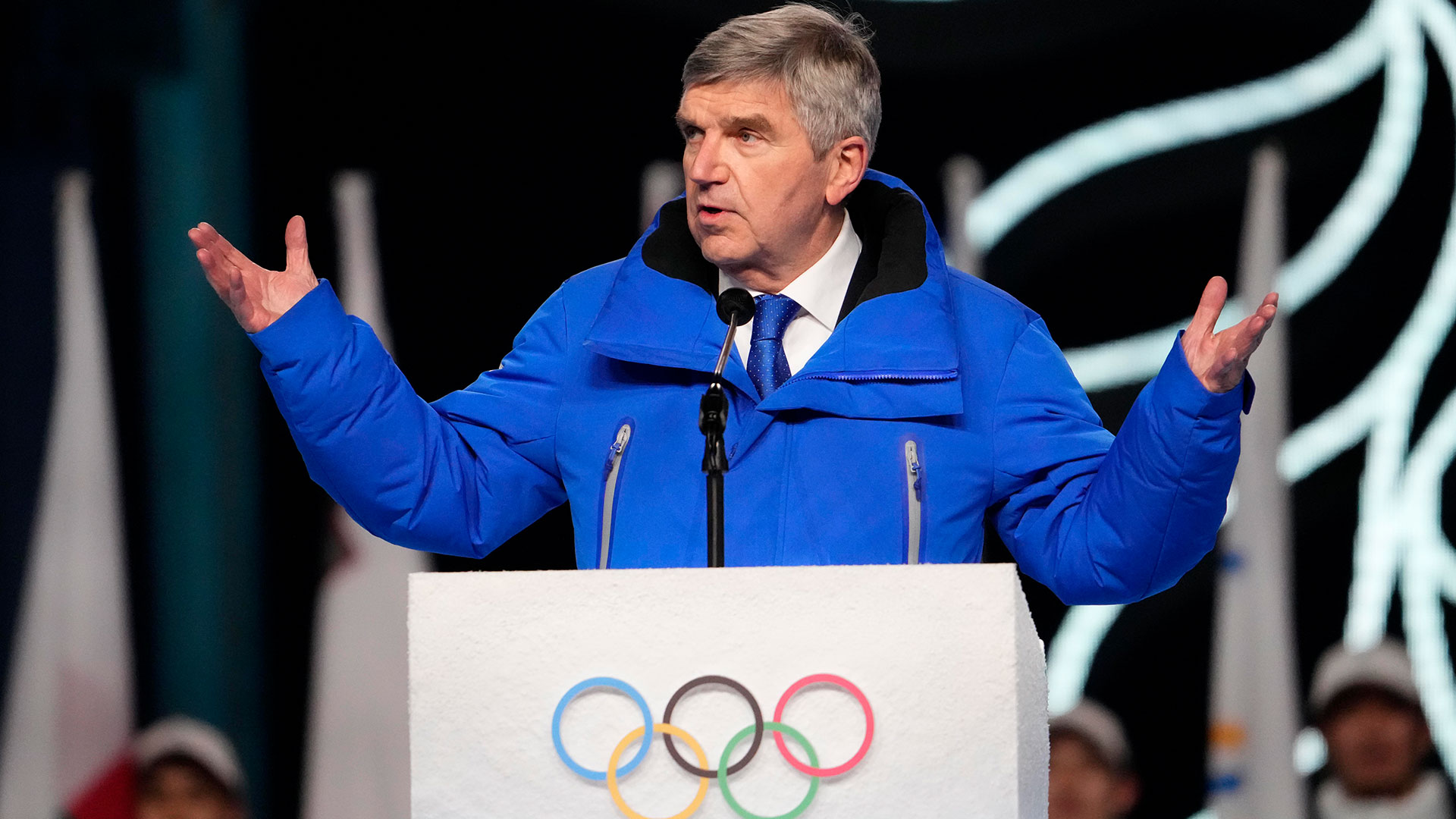 Olympic chief Thomas Bach said on Friday it had been “chilling” to witness Russian teenage skater Kamila Valieva crumble under pressure at the Beijing Olympics as a doping scandal continued to swirl, criticizing the 15-year-old’s entourage.

The saga has opened a debate on the suitability of the Olympic environment for minors, but International Olympic Committee president Bach said the IOC had limited means of action.

Valieva, who had been leading the women’s figure skating event after the short program, cracked in her free skate on Thursday night, and stumbled down to fourth place as compatriot Anna Shcherbakova skated to gold.

“I must say I was very, very disturbed yesterday when I watched the competition on TV,” Bach told a news conference.

“How high the pressure on her must have been.”

Valieva failed a doping test at her national championships last December but the result was only revealed on Feb. 8, a day after Valieva had already helped the Russian Olympic Committee (ROC) win the team event.

The Russian Anti-Doping Agency lifted a provisional ban on her and the Court of Arbitration for Sport (CAS) on Monday rejected an appeal by the IOC, the International Skating Union (ISU) and the World Anti-Doping Agency (WADA) to re-instate the suspension — therefore allowing her to compete in the women’s event on Tuesday and Thursday.

“To see her struggling on the ice, to see her, how she tries to compose herself again, how then she tries to finish her program and you could see in every movement, in the body language, you could feel that this is immense, immense mental stress and maybe she would have preferred to just leave the ice and try to leave this story behind her,” said Bach.

Valieva left the ice hiding tears behind her hands and sobbed in the “kiss and cry” area as her coach, Eteri Tutberidze, confronted her.

That reaction confounded Bach, who said, it was “extremely important” to look into Valieva’s entourage.

“When I afterwards saw how she was received by her close entourage … it was chilling to see this,” said Bach.

“Rather than giving her comfort, rather than to try to help her you could feel this chilling atmosphere, this distance and if you were interpreting the body language of them, it got even worse because this was even some kind of dismissive gestures.

“All of this does not give me much confidence in Kamila’s closest entourage.”

Bach admitted that the IOC, while it was addressing the matter, could not do much to control the group of people around any athlete.

“In the end, it’s a question where we need the support of governments.”

WADA has said it was launching an investigation into Valieva’s entourage, which also includes, among others, figure skating team doctor Filipp Shvetsky, who in the past had been suspended for doping athletes.

Bach also said the IOC would also look into the rules applying to minors at competitions as Valieva was cleared to compete also due to the mitigating factor that she was 15.

“In a fair competition the same rules have to apply to everybody,” Bach said.