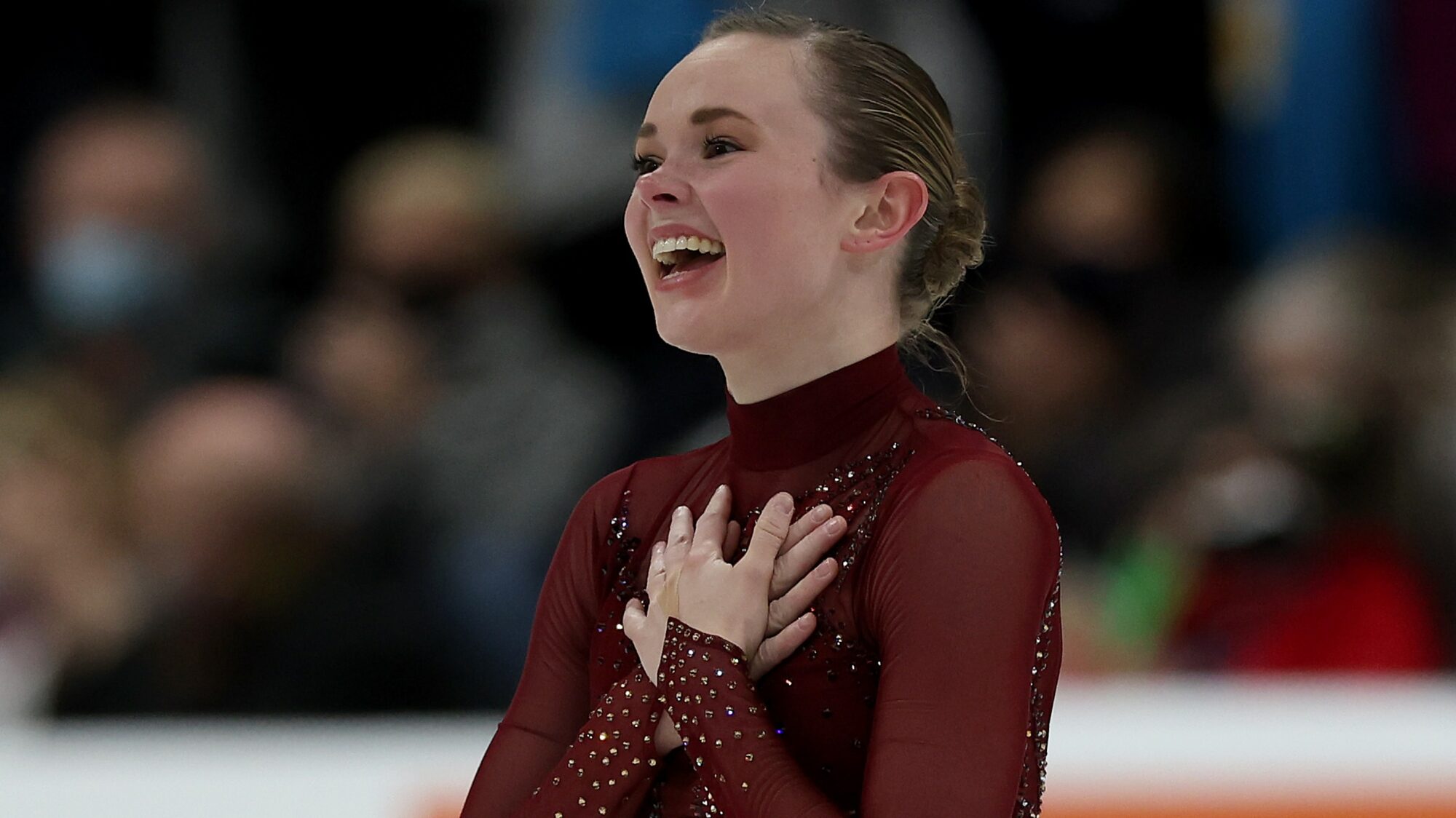 In sports, learning to tune out the noise and peak mentally at the right time can be a difference maker for your career. For Mariah Bell, she seems to be doing just that. In 2020, Bell had an amazing performance at Nationals until she tripped and fell. It wasn’t a jump that cost her a shot at winning, but rather a footwork sequence that most skaters don’t even think about. Bell has said that at one point she was so consumed with what people thought and overanalyzing that it would lead to simple mistakes like that one in 2020. It didn’t allow the talented skater to perform with the grace and carefree beauty she is known for, when at her best.

Two years later, it’s a completely different Bell. The skater attributes her ability to progress and tune out the noise to her family support. Bell has said it doesn’t get easier, but she has learned to channel the pressure correctly.

The pressure was never bigger than this past year. The 25-year-old was competing at the 2022 U.S. Figure Skating Championships for a spot on the U.S. Olympic team. This time, she had to nail not a simple footwork element, but rather a difficult combination, a triple flip, triple toe. The “old” Bell would’ve almost certainly not completed the difficult sequence when it mattered most, but the new Bell did.

For athletes timing is everything. For Bell, she couldn’t have picked a better time to learn how to let go and tune out the noise, stepping on the brightest stage of her career, carefree and ready to give it her all.