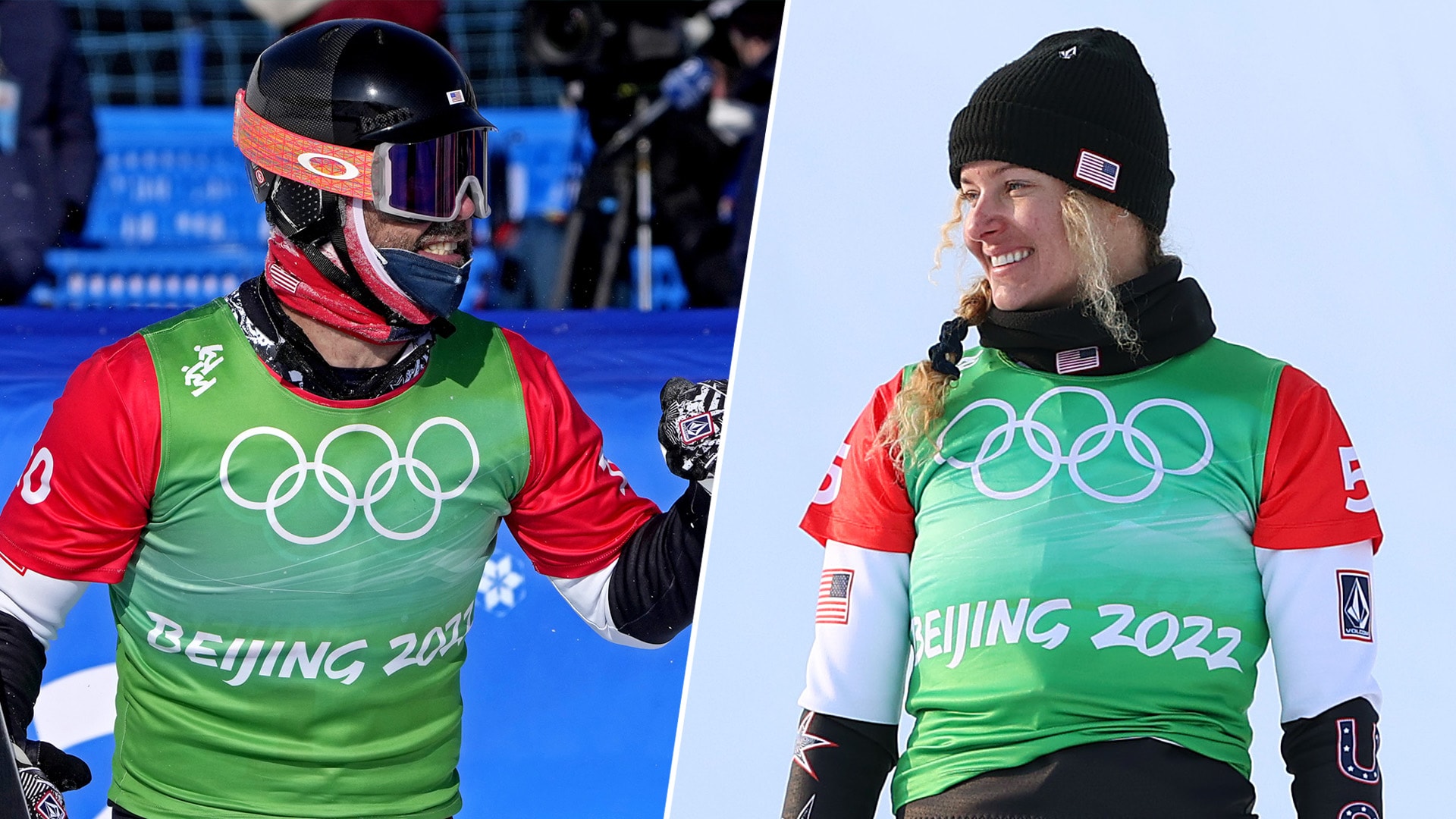 Nick Baumgartner and Lindsey Jacobellis at the 2022 Winter Olympics

The U.S. fields two teams Friday in the Olympic debut of mixed team snowboard cross, and both are capable of claiming a medal.

Fresh off capturing an elusive gold in the women’s individual event, five-time Olympian Lindsey Jacobellis will team up with 40-year-old Nick Baumgartner – who was unluckily ousted in the men’s quarterfinals – to form U.S. team No. 1.

At age 36, Jacobellis’ title landed Team USA its first of the 2022 Games and also made her the oldest-ever U.S. woman to win a medal at the Winter Olympics. Baumgartner conveyed after his individual result a yearning to end with something better.

Baumgartner is a two-time world medalist with two World Cup podium finishes this season at the host venue and in Montafon, Austria. Jacobellis is a respective five- and 10-time champion in individual SBX at the world championships and X Games.

Jacobellis is currently the oldest snowboarding medalist; however, if she and Baumgartner were to place top-three, she’d relinquish that title to Baumgartner.

The second U.S. team is four-time Olympian Faye Gulini and 23-year-old Jake Vedder. Vedder, who made it into the men’s individual semifinals, is the 2016 Youth Olympic champion and 2018 junior world champion.

“I’m really excited about [the event],” Gulini told NBC last year. “Every Olympics I’ve ever been to I’m jealous of cross-country events or athletes that have multiple days of competing. For us, we show up and we have that one day. So I think it’s nice that we get one more time on the stage.”

Italy is the favorite with Michela Moioli, the 2018 individual gold medalist, and Omar Visintin, who just won individual bronze. They placed runner-up in the mixed team event at the 2019 World Championships behind Jacobellis and Mick Dierdorff.

France is another contender with Chloe Trespeuch, who finished behind Jacobellis in individual for silver, and Merlin Surget. As is Australia with Cameron Bolton and Belle Brockhoff.

The 2022 Games event includes 15 teams of one man and one woman competing in relay-style head-to-head heats of four (three for one of the quarterfinals).

Men go first, and once a team’s male athlete has crossed the finish, the start gate opens for his female teammate. The women’s outcome determines the result.

When is mixed team snowboard cross?