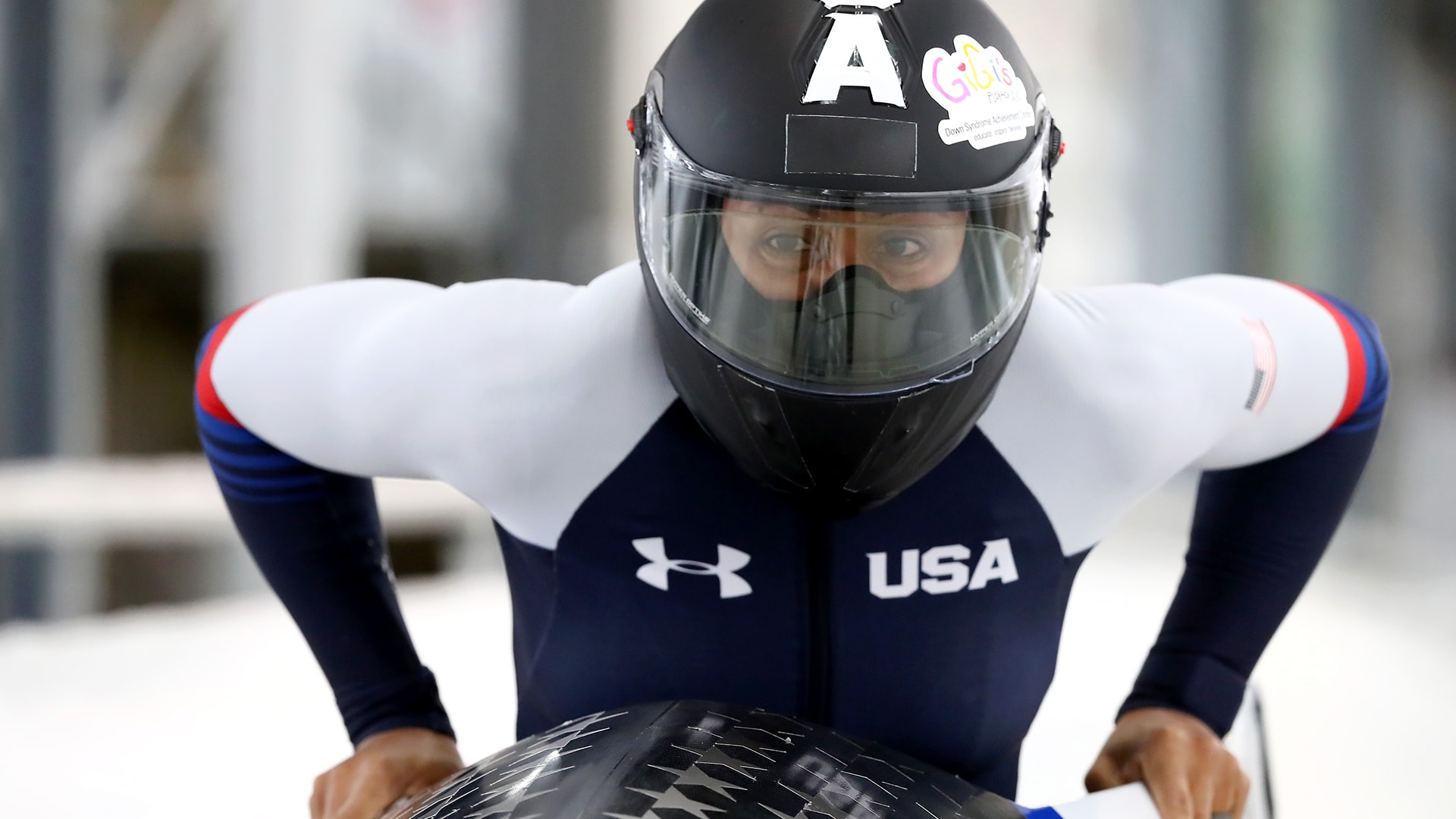 Elana Meyers Taylor is a three-time Olympian who has earned a medal at each Games in which she’s competed: bronze at Vancouver 2010, and silver at Sochi 2014 and PyeongChang 2018. She topped the 2021-22 Bobsled World Cup rankings in both monobob and two-woman events in January, and looks to cap off her winning season with a gold medal at the 2022 Winter Olympics. NBC and Peacock will be there to capture her speed down the serpentine Xiaohaituo Bobsled and Luge Track – also known as ‘The Flying Snow Dragon’ – at the Yanqing National Sliding Centre.

Meyers Taylor is one of just two American mothers competing at the 2022 Winter Olympics. She married fellow elite bobsledder Nic Taylor in 2018, and the two welcomed their first child, Nico, just ahead of the COVID-19 pandemic. Before ever hopping in a bobsled, Meyers Taylor played collegiate softball at Georgetown University.

Throughout her career, Meyers Taylor has been an advocate for women’s and racial equality in sports. In June 2020, she penned a first-person essay on TeamUSA.org detailing instances of racism she experienced in the sport, prompting USA Bobsled & Skeleton to launch an investigation. At the 2022 Winter Games, Meyers Taylor will compete not only in the two-woman discipline alongside pusher Sylvia Hoffman, but also the newly added women’s monobob.

Meyers Taylor experienced a rollercoaster ride at these latest Olympics before competition even began. Shortly after touching down, she tested positive for COVID-19 and was kept in isolation. A few days later, she received news she had been selected as the United States’ flagbearer, but instead gave the honor to speed skater Brittany Bowe. On February 5, the bobsledder was cleared to compete.

The first two heats of women’s monobob – one of seven events added to the 2022 Winter Games, and the only exclusively for women – are set for Saturday, February 12th at 8:30 p.m. ET. The final two runs will take place the next evening, and are slated to follow Super Bowl LVI (56) on NBC.

Sign up to stream every event at the 2022 Winter Olympics LIVE on Peacock. Users can also authenticate via TV Everywhere to stream events in the NBC Sports app or on NBCOlympics.com. See below for full broadcast and streaming details for every figure skating event. You can also check out a full bobsled streaming schedule here.