Donations can be made online at United Way of Jackson County or by texting FIREFUND to 26989.
Home
Politics
U.S. & World
Sanders and Trump win big 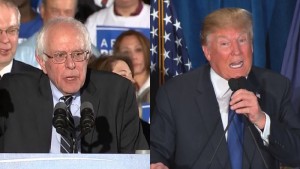 Hillary Clinton suffered a huge, though not unexpected, defeat, losing to Bernie Sanders by double digits. Still, she insists it’s not over.