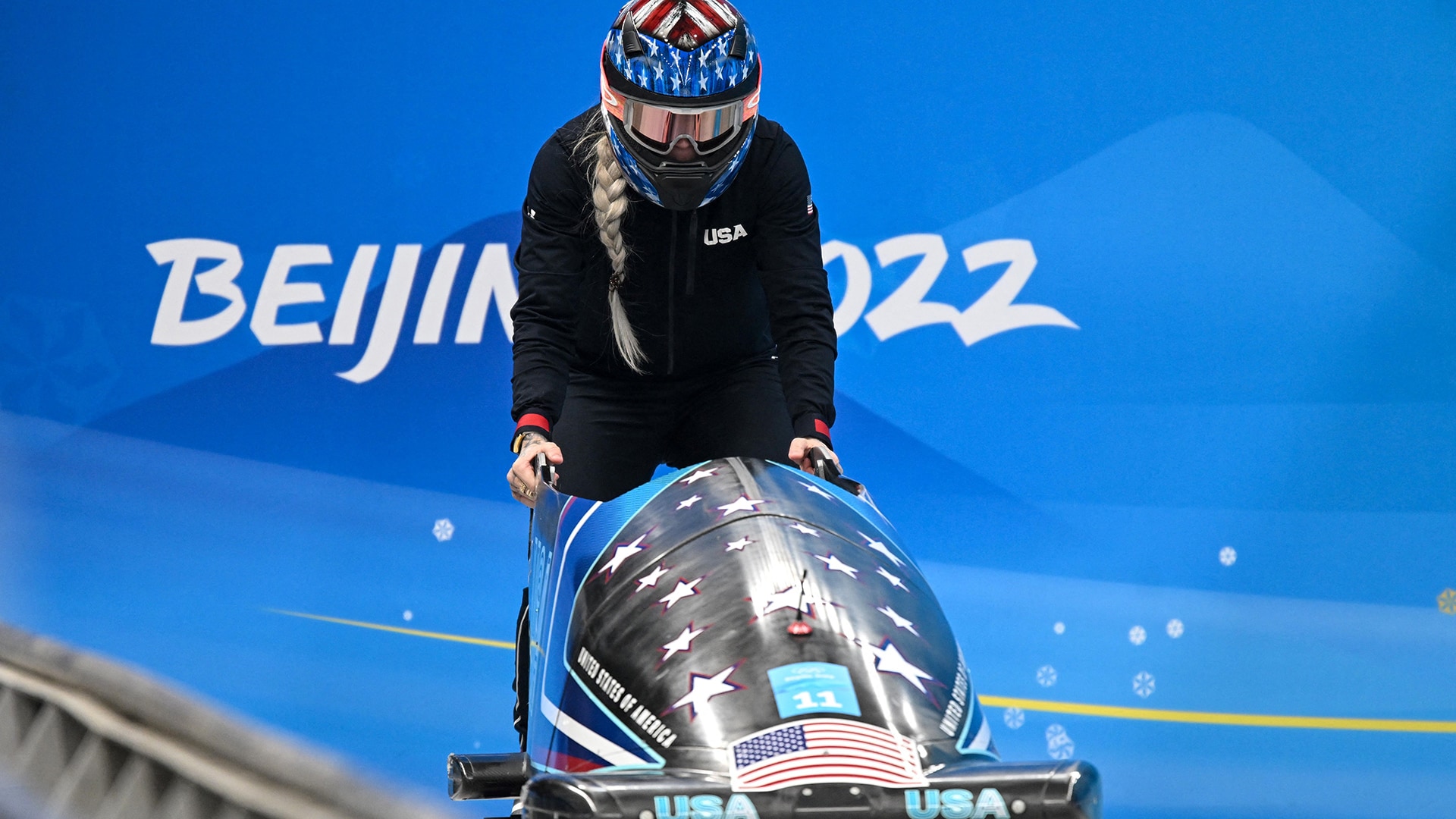 Kaillie Humphries and Elana Meyers Taylor – two of the United States’ most accomplished, resilient, and compelling athletes – race the first two heats of the monobob event Saturday night. The bobsledders look to cement their legacies by dominating the new Olympic event.

As a Canadian athlete, Humphries previously won gold at Vancouver 2010 and Sochi 2014, then snagged bronze at PyeongChang 2018; in that same timeframe, Meyers Taylor earned bronze at Vancouver, then followed up with back-to-back silvers at Sochi and PyeongChang. But those were two-woman event races. For their fourth Games, Humphries and Meyers Taylor – both of whom are “pilots,” meaning they know how to shove, steer, and brake their sleds – are competing solo.

Their most recent results from the 2021-22 Bobsled World Cup season, comprised of eight European races that spanned from November through January, suggest either bobsledder could take the top spot. Meyers Taylor and Humphries went one-two, with the former winning four events and the latter winning two. Ultimately, Meyers Taylor bested Humphries in the standings by a margin of 58 points.

But, as always, previous results don’t automatically translate to victory. There are a number of factors that could stand in either bobsledder’s way. One has to do with the serpentine track at the Yanqing National Sliding Centre, which has proven particularly tricky to navigate for athletes across all sliding sports. Referred to as “The Dragon” (or half a dozen other similar pseudonyms), the Xiaohaituo Bobsled and Luge Track has been known to “bite” athletes, as commentator Mike Doran often says. He’s got a point. See: Madeleine Egle and Julia Taubitz’s Olympic campaign-ending crashes in the luge competition.

Additionally, Meyers Taylor was unable to prepare for this competition exactly as she had planned. After arriving for the Games, Meyers Taylor was confined to an isolation room for about a week following a positive COVID-19 test. She managed to lift barbells and cycle on a stationary bike, but was nowhere near a bobsled and couldn’t clock in on-course training sessions available to other athletes.

Separately, there have been a total of six training heats spread across three days. Though she did not compete in the last two events for reasons unknown, Humphries placed within the top four during her first four races. Meanwhile, Meyers Taylor has finished fifth, tenth, thirteenth, eighth, ninth, and fourth.

And, of course, there’s also the competition, consisting of 18 other athletes from various countries (including Jamaica’s Jazmine Fenlator!). Germany has dominated the first six sliding sports contested at these Games, sweeping both luge and skeleton. That doesn’t portend anything concerning this sport or event, but there does happen to be one German bobsledder who has finished in the top four of all six training heats: Laura Nolte. Nolte finished sixth in the monobob world cup rankings this year, though she would have ranked higher if she hadn’t missed an event. The German also earned bronze at the 2021 International Bobsled and Skeleton Federation World Championships (Humphries won gold).