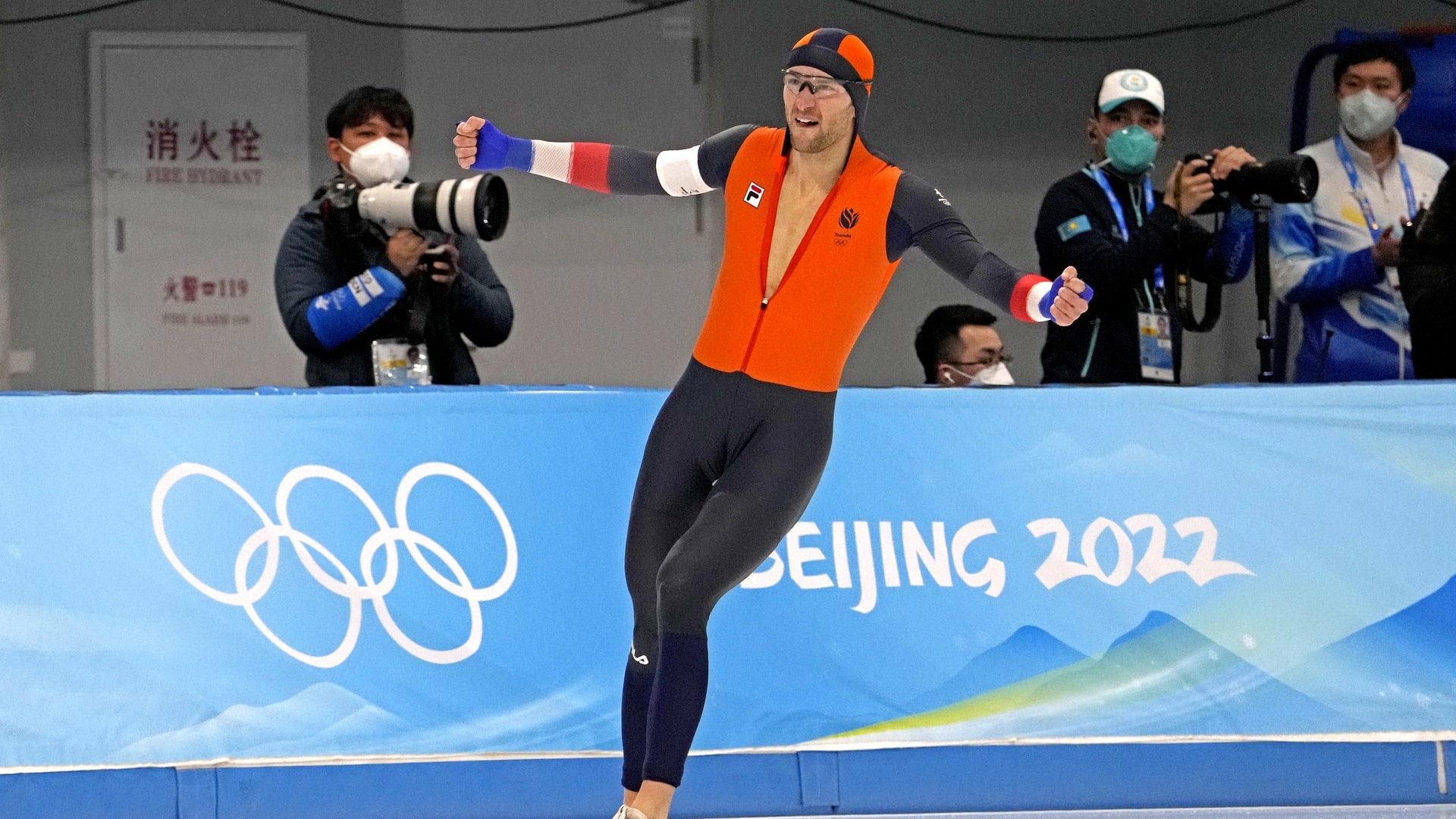 Thomas Krol of the Netherlands won the men’s 1000m speed skating event on Friday for his first career gold medal. He started with an opening 200 meters of 16.60 seconds, well behind the pace needed for gold, but he made up for it with a strong finish.

Canada’s Laurent Dubreuil shot off the starting line and was leading the pace through 600 meters. He faded on his final split and missed the win by 0.40 seconds to secure silver.

Krol is competing at his first Olympic Games. He qualified for the 1000m in 2018, but the Dutch team replaced him with Kai Verbij, who did not race the 1000m at trials due to injury.

Verbij finished last on Friday after pulling up on the final split.

Krol later won the World Cup championship in the 1000m in 2019-2020 and bested Kjeld Nuis, the defending Olympic gold medalist, at Dutch Trials in December.

He earned his first medal last week in the 1500m, finishing second behind Nuis after setting the Olympic record.

Dubreuil earned his first career trip to the podium on Friday following a fourth-place finish in the 500m. The Canadian’s first 200 meters clocked at 16.09 seconds, but his closing 400 meters were 1.13 seconds slower than Krol’s.

Lorentzen, who grabbed the silver in 2018, captured his third career Olympic medal. He and Krol raced in the same pairing, and his draft helped the eventual gold medalist.

The 29-year-old Norwegian finished 0.16 seconds back of second.

Jordan Stolz was the top United States skater in the event with a time of 1:09.12. He finished in 14th place and said afterward he hoped for a better result.

The 17-year-old is the third-youngest American speed skater to perform at the Olympics after Emery Lehman and Eric Heiden. He also finished 13th in the 500m.

Austin Kleba was the second American competitor in the event. He replaced Joey Mantia, who did not skate due to back issues. Kleba, 22, finished 29th.

Dutch skaters have won five of 10 individual gold medals at the 2022 Winter Olympics.

The mass start competitions are the last events on the slate. They begin Saturday at 2 a.m. ET.