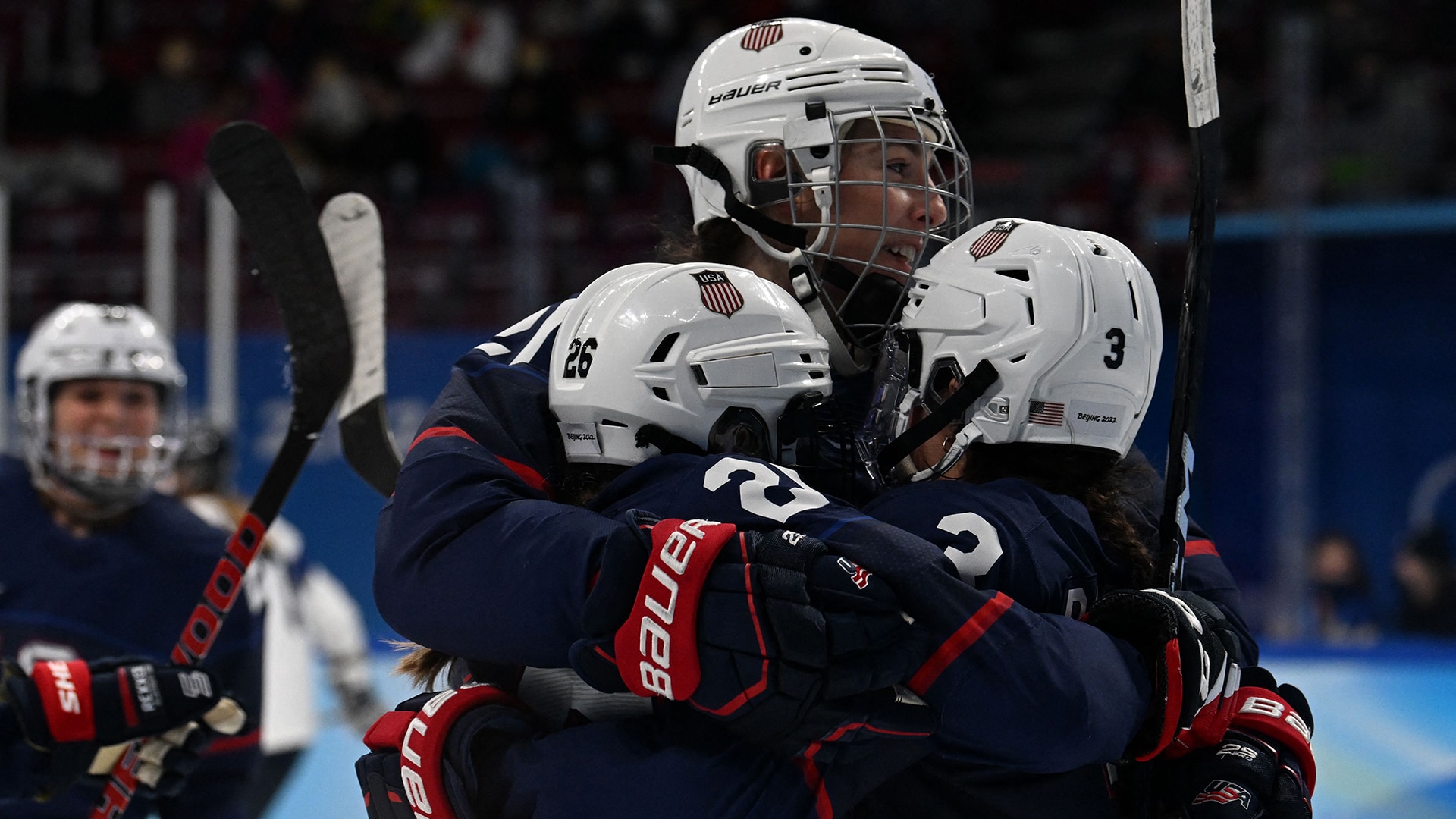 Before the United States women’s hockey team won the gold medal in PyeongChang, they had to go through Finland in the semifinals to earn their title shot. The two nations met once again under the exact same circumstances Monday morning at the 2022 Winter Olympics, and just as they did in 2018, the Americans triumphed against the Finns, taking them down by a score of 4-1 to return to the gold medal game.

The U.S. was heavily favored to defeat Finland and advance to the final, but the Finns played their best game of the tournament Monday morning, and it caused a whole lot of nervous moments for the Americans. The U.S. outshot Finland 12-6 in the first period, but was lucky to enter the first intermission scoreless. With under a minute remaining in the opening frame, U.S. goaltender Alex Cavallini robbed Michelle Karvinen with a pair of enormous pad saves on a 2-on-1 Finland rush.

A goal at that stage of the period would have greatly shifted momentum in Finland’s favor, but Cavallini’s clutch stop gave her squad something positive to take with them into the locker room.

Cavallini’s heroics clearly changed the tone of the game, because the Americans came out firing on all cylinders in the middle period. Not only did they outshoot the Finns 21-6 in the second stanza, but they finally broke the ice when defender Cayla Barnes netted her first goal of the tournament on the power play to give her squad the 1-0 lead. After not logging a single point in PyeongChang, Barnes, 23, has a goal and five assists for the Americans since the start of the 2022 tournament.

Barnes’ goal was crucial, but the Americans’ second goal of period was just as key. And to no one’s surprise, it came off the stick of Hilary Knight in the low slot. Knight has been the Americans’ top point producer throughout the tournament, and just as she did in PyeongChang, she’s continuing to make timely plays when the U.S. needs them most.

The U.S. took the 2-0 lead into the second intermission, but it was a given that the Finns would enter the final frame desperate to turn the tide. And their desperation was palpable But the Americans were just better in every facet to close out the tilt.

With under five minutes remaining in the third period, Hayley Scamurra netted her first goal of the tournament to pad the U.S. lead. It was Barnes who fired fired the puck toward the Finland net from the point, and Scamurra got to the net and redirected her clapper to give the Americans the 3-0 advantage.

The Finns finally managed to solve Cavallini in the third period with the goalie pulled, but it was too little too late with only 26 seconds remaining on the clock. Abby Roque swiftly reclaimed the three-goal lead after the Finland tally with an empty-netter in the game’s dying seconds, sealing the win for the Americans to send them one step close to a successful title defense.

Just as many expected before the women’s hockey tournament even began, the U.S. and Canada are indeed meeting once again in the gold medal game. They’ve faced off in the women’s hockey final in six of the last seven Olympics since 1998, when women’s hockey first became an official event at the Games. Since then, they’ve formed one of the best rivalries in all of sports — if not the best.

Puck drop for the women’s gold medal game is set for 11:10 p.m. ET on Wednesday, February 16. Finland and Switzerland will compete for the bronze that morning at 6:30 a.m. ET.

Click here to view all the stats from the United States’ win over Finland, and click here to watch the full event replay from start to finish.