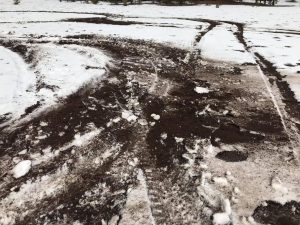 CRATER LAKE, Ore. – Park Rangers at Crater Lake National Park are calling on the public’s help. They are trying to find a vandal who went off-roading at the national site. Rangers says the illegal driving on the Road to Rim Village caused “substantial damage” to plants and resources at the park.

Damaging federally protected resources is a federal crime. The person, or people, responsible could be charged up to $5,000 and face six months in prison for each offense. Park staffers are responsible for repairing and rehabilitating areas damaged by vandals, they say that process takes several hours each year.

Rangers believe the crime took place late Saturday, November 23rd or in the early morning hours Sunday the 24th. If you have any information, you’re urged to call NPS Law Enforcement at (541) 594-3053 or submit a tip online.