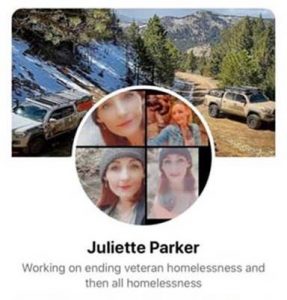 SPANAWAY, Wash. – Police in Washington State believe a woman posing as a photographer tried to steal a newborn baby by drugging the child’s mother.

The Pierce County Sheriff’s Office said a 38-year-old woman came to the mother’s home three times to photograph her baby. The woman reportedly took selfies with the baby and wiped fingerprints from inside the home during the visits.

The mother called 9-1-1, telling dispatchers she had likely been drugged.

According to police, the mother had originally contacted the woman via Facebook, where she advertised free photos of babies so she could build her portfolio.

During the investigation, detectives found additional victims and found evidence that indicates the woman was planning on kidnapping a newborn baby to raise as her own.

On the afternoon of February 14, the 39-year-old suspect’s home in Spanaway was searched by deputies. Both she and her 16-year-old daughter were taken into custody.

“If you have been contacted by a woman named ‘Juliette Parker, ‘Juliette Noel’ or ‘Juliette Gains’ who posed as a photographer and believe you are a victim, please give our detectives a call as soon as possible at 253-798-7724.”

The sheriff’s office donated new locks to all the victims and volunteered to install them.