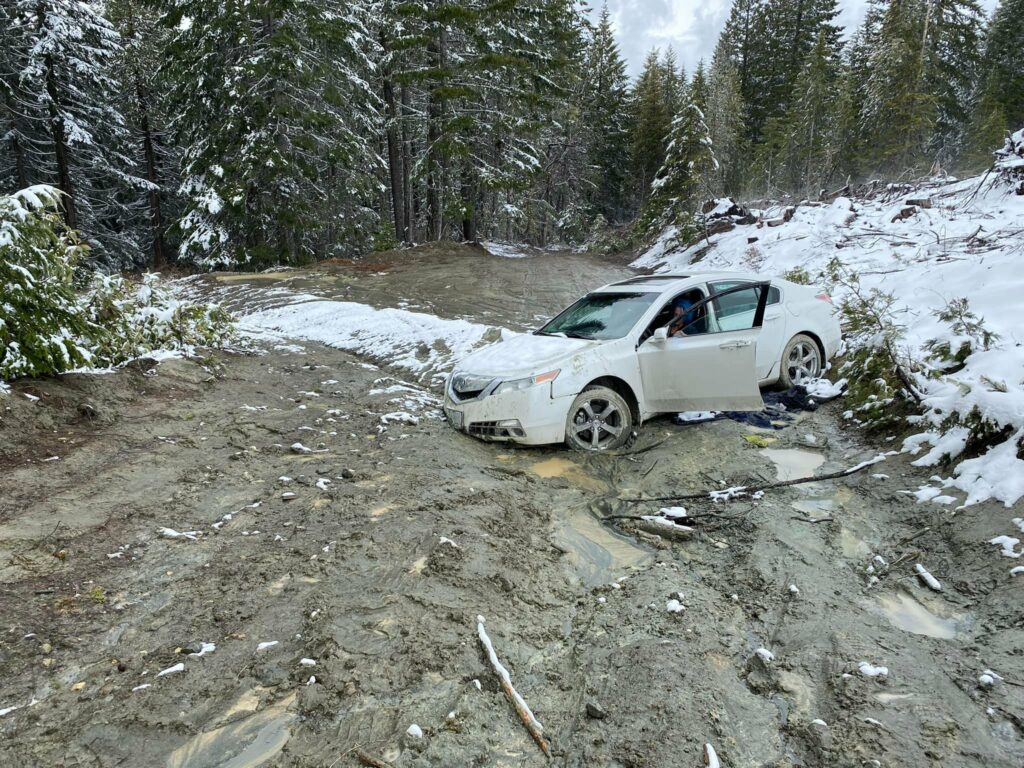 JACKSON COUNTY, Ore. – A woman was rescued after spending three days stuck in the wilderness.

The Jackson County Sheriff’s Office said the woman was forced to spend two nights in her vehicle after it got stuck on a muddy forest road off East Evans Creek Road. According to JCSO, she didn’t try walking out of the area because of snowy conditions that persisted over the last couple of days. However, she was eventually able to get enough signal strength on her cell phone to send out text messages.

Deputies said when the woman was rescued she was very cold and slightly injured from exposure to the elements.

“Please stay on main roads and plan for an unexpected night out,” JCSO said. “Due to the continuation of winter storms, many forest roads are still snowed in and inaccessible.”

According to deputies, the woman did the right thing by staying with her vehicle.