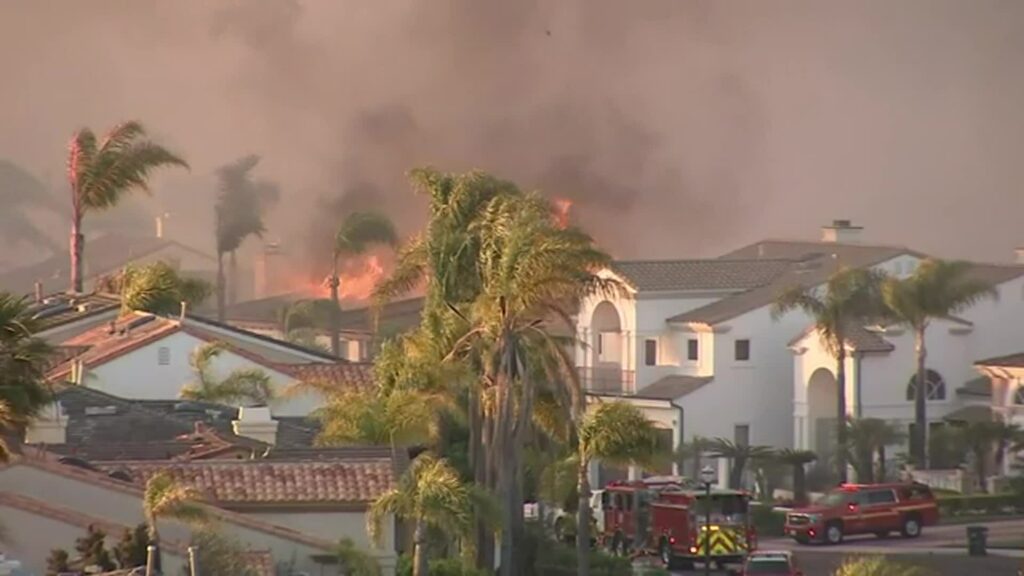 LAGUNA NIGUEL, Calif.  – At least twenty homes are destroyed by a fire near coastal Los Angeles. It had burned about 200 acres as of Wednesday night.

As the Coastal Fire ripped through the Coronado Pointe community, Lynn Morey was among hundreds waiting desperately to see if their homes remained standing.

After hours of waiting in anguish, Morey discovered her home of nine years is among those destroyed.

Around 6:30 p.m., Morey was waiting a short walk away from her house for a chance to catch a look. But just before 7:00 p.m., no one was catching a break.

Instead, the wind picked up, taking with it embers to start new spot fires, many going into attic spaces.

Home after home went up in flames, an estimated twenty by Wednesday evening.

The structures once holding back flames climbing up Aliso Woods Canyon gave way, forcing residents on Coronado Pointe out immediately as more firefighters rushed in.

Morey watched from the ridge tops as plumes of black smoke filled the air in sudden explosions.

Through it all, she looked for a way to stay positive. She said, “It’s a cleansing, and this is happening for a higher reason.”

The Orange County Fire Authority said the fire started near a water treatment plant in the Laguna Beach area.