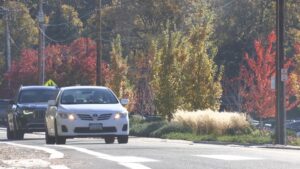 MEDFORD, Ore. —It was a scary afternoon for a Medford neighborhood after a bear was spotted Wednesday

According to Medford Police, multiple cars saw the animal in the area of Junipero and Black Oak in southeast Medford.

The district sent out a mass notification to families as a precaution.

“I got it on my phone while I was working, and I was like oh I have full confidence with the Medford Police Department as well as the district that they would take care of everything, so I wasn’t really worried,” said Orchard Hill parent Lacy Muphy.

Police increased patrols in the area, but say it was not located nearby.