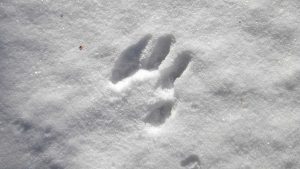 JACKSON COUNTY, Ore. – Officials say wolves killed a calf inside a fenced pasture within 500 yards of a residence near Prospect.

The Oregon Department of Fish and Wildlife said a cattle producer heard howling on the night of January 3 in the Boundary Butte area, about 6 miles southeast of Prospect.

The next day, the producer found a dead 250-pound calf in a fenced pasture, about 500 yards from a residence. It’s believed the calf died after dark the night before.

Multiple pieces of evidence, including bite marks and paw prints, led ODFW to conclude the calf was killed and partially consumed by a wolf or wolves.

GPS collar data indicates wolf OR54 from the Rogue Pack was less than a mile north of the carcass at 5:00 a.m. on January 4. OR54 was also within two miles of the carcass at four locations between January 3 and 4. According to wildlife officials, this evidence confirms the calf was killed by Rogue Pack wolves.

This attack comes nearly a year after a 3-day-old calf was killed by wolves near Prospect.

According to the Oregon Wolf Conservation and Management Plan, wolves don’t automatically prey on livestock, but if they are encountered, they are likely to depredate sporadically.