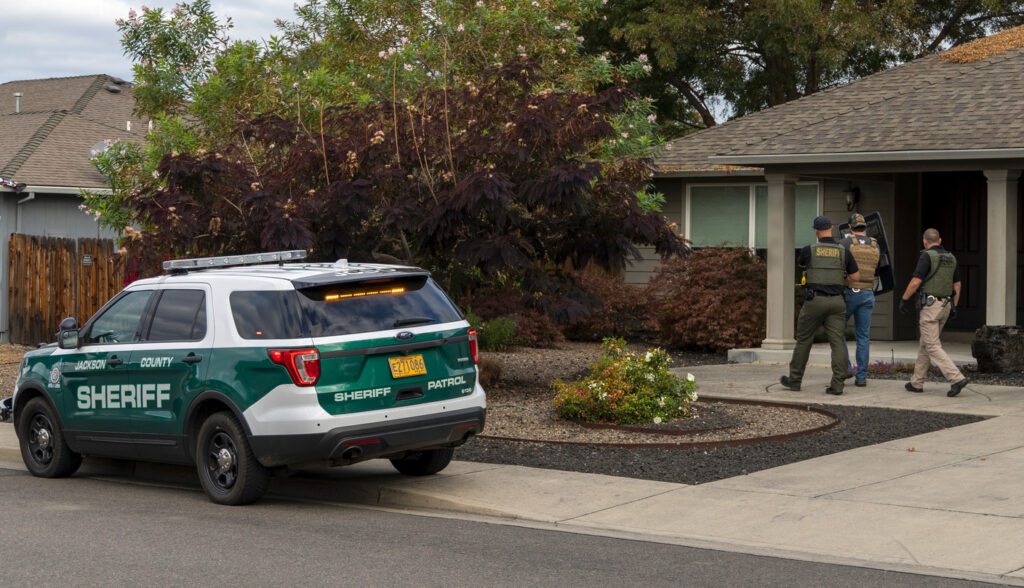 The Jackson County Sheriff’s Office said detectives found out images of child exploitation were uploaded to the internet from a home in the 2500 block of Rabun Way in Central Point.

On the morning of Thursday, September 29, the home was searched. Investigators seized multiple digital devices that will be forensically examined by the Southern Oregon High Crimes Task Force.

Detectives are reportedly interviewing possible witnesses and anyone else who may have been involved.

JCSO did not mention any arrests.