MEDFORD, Ore. — The city of Medford has begun the hiring process after Police Chief Scott Clauson announced his 2022 retirement. The chief said Wednesday afternoon, there are two promising internal candidates.

Chief Clauson began his career in 1995 and was chosen as Chief in 2019. Now, he will leave behind a legacy including bringing the first body-worn cameras to the department five years ago. “I still have some time,” said Chief Clauson. “I have three months left, but I’m definitely excited for what the future holds.” 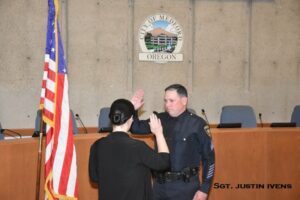 Chief Clauson is involved in the hiring process that will take place over the next several months. “One of the things that we’re pretty proud of, is the fact that we do a lot of mentorship and leadership training in one’s career,” he said. That mentorship has seemingly paid off, with two strong internal candidates in the ring. 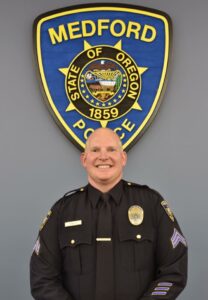 Chief Clauson confirmed both of his Deputy Chiefs, Trevor Arnold and Justin Ivens have applied. “I’m confident that either way we go we have two really great candidates,” said Chief Clauson. “They understand this community, they have grown up here.”

But he said ultimately, the final choice is up to City Manager Brian Sjothun. “It’s up to the city manager and the city manager is going to make sure that this person fits in with the other department heads,” said Chief Clauson.

Kevin Stine, Medford City Councilor for almost seven years is seeing this process for the third time. “What I would like to see, is kind of a continuation of what I’ve seen with Chief George, Chief Sparacino and Chief Clauson,” said Stine. He hopes he can continue to see a positive trajectory for the force in 2022 after the city manager makes his decision.