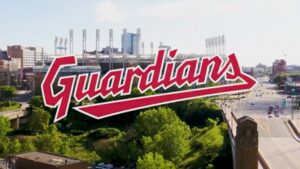 CLEVELAND, Ohio (CNN) – The Cleveland Indians are changing their name next season to the Cleveland Guardians.

The Major League Baseball team made the announcement Friday morning.

It comes after decades of criticism from Native Americans about its old name.

The choice of Guardians draws inspiration from Cleveland’s architectural history.

The Guardians of Traffic are the large Art Deco statues that adorn the Hope Memorial Bridge that connects the city’s west side with the east side.

The team colors will remain the same.