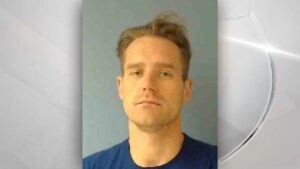 DEL NORTE COUNTY, Calif. – An arrest has been made in connection with a Northern California homicide investigation.

The Del Norte County Sheriff’s Office said in the early morning hours of April 22, 22-year-old Joseph Deford was seen leaving the Patriot Gas Station on Northcrest Drive in Crescent City. About 25 minutes later, Deford was found unresponsive near the 200 block of Harding Avenue.

When deputies arrived at the scene, they attempted life-saving efforts but they were ultimately unsuccessful and Deford was later pronounced dead. While at the hospital, what appeared to be a small-caliber gunshot wound was found in Deford’s back.

On April 26, 33-year-old Neil Hiller was confirmed as a suspect in the homicide case. He was arrested and lodged in the Del Norte County Jail for murder.