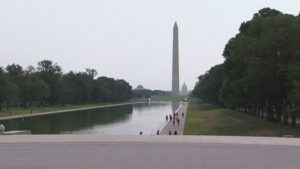 The agency said in a statement Monday that it will be implementing temporary closures of its “public facilities, parking areas and roadways in response to credible threats to visitors and park resources.”

The statement went on to say that last week’s incident continues to threaten the quote, “set up and execution of inaugural events, which occur in several park areas.”

The closures begin today and will remain in effect until January 24th.

Officials say more closures could be coming and extended if “conditions persist.”