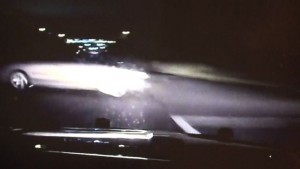 Carroll County, Ga. (WXIA) — Protesters are calling for justice after a Grand Jury failed to indict a former Georgia State trooper in the death of two teens.

With posters held high and chants pouring from their hearts, loved ones of Kylie Lindsay and Isabella Chinchilla protested against what they say is injustice.

On September 26, 2015, the patrol car driven by Trooper Anthony J. Scott collided with another occupied by four teens. Dillon Wall was attempting a left turn when investigators said the trooper, who just moments before was clocked at 90 miles per hour, struck them. He didn’t have his blue lights or siren on and was later fired.

For the dash-cam video and more information: http://on.11alive.com/1XI6AI7