(NBC News) The fall TV season officially kicks off tonight and for NBC, that means the return of “The
Voice”.

With a familiar face returning to the coaching ranks.

Last fall, Gwen Stefani was the rookie coach on “The Voice”.

“It does feel good to have one under my belt. Like now I feel like I know what’s going down,” Stefani said.

And she’s putting the lessons of a year ago to good use in her second season.

“Gwen’s gettin’ kinda cocky, isn’t she? She’s getting a little bit cocky this season. I like it. She’s fighting back,” said fellow coach Blake Shelton.

That’s because Stefani wants to be the first female coach to win on “the voice”.
“She’s definitely more aggressive. Yeah! But she should be!,” said coach Pharrell Williams.

And Stefani’s not above accepting a little help assembling her team.

“I have the most eccentric, weird, combination of human beings. We’re like the United Colors of
Benetton,” Stefani said.

It’s a group that Stefani is excited to coach.

“Being able to play this role and being around all this music. And it’s just so rewarding in so many
ways,” said Stefani.

She’s hoping one of those rewards is the title of ‘The Voice’. 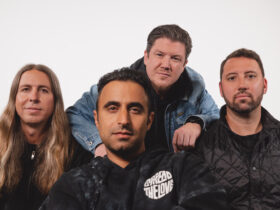