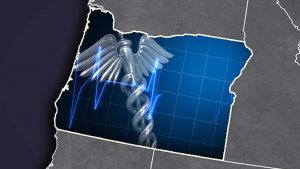 Salem, Ore. – A bill that includes provisions requiring all insurance companies operating in Oregon to cover abortions at no cost to the patient has passed the Oregon House.

According to an OPB report, the Reproductive Health Equity Act also requires insurers to completely cover other reproductive services regardless of income, citizenship status or gender identity.

The $10 million legislation would allocate half-a-million dollars of the Oregon budget to expanding “cost-free” reproductive health coverage–including abortions–for those who are otherwise ineligible for insurance under the Oregon Health Plan.

Similar legislation that was previously proposed received a negative response from Providence, a Catholic-sponsored organization.

The insurer had threatened to pull out of Oregon’s insurance market after claiming the proposal’s religious exemptions didn’t go far enough.

The new bill approved by the House on Saturday was adjusted to address the concerns from Providence and other religious organizations.

The bill will now head to the Oregon Senate for consideration.