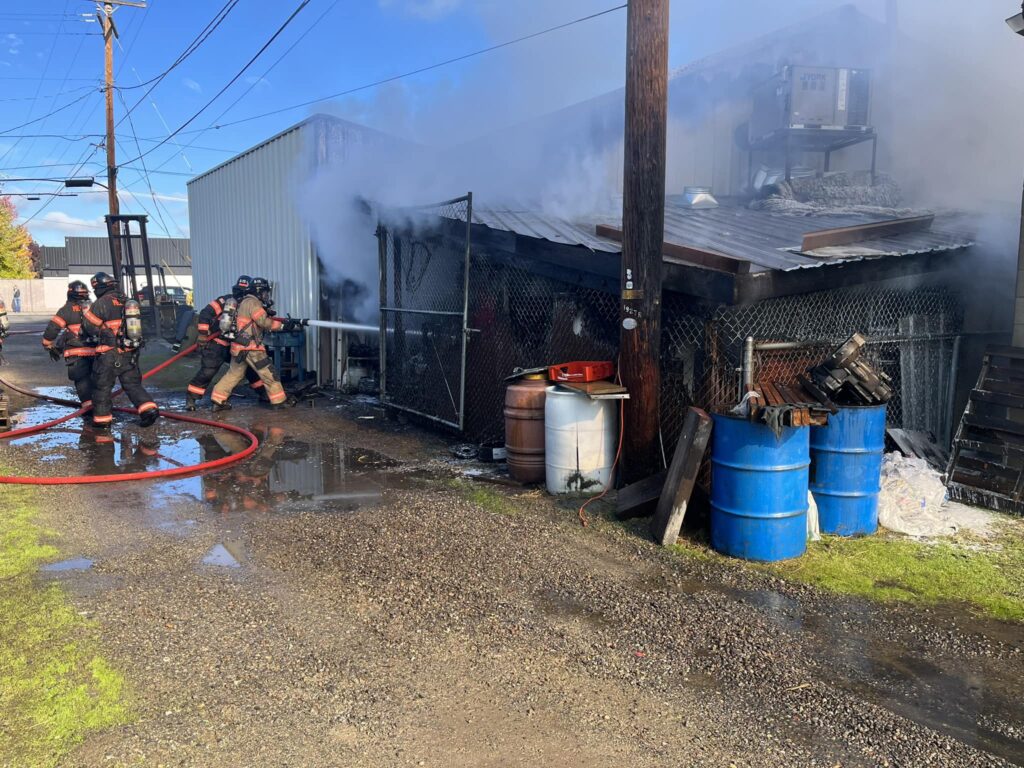 Firefighters say around 11:30 am they got multiple calls reporting a structure fire on North Pacific Highway near Hazel Street.

Crews say they could see the column of smoke before they even left the station. When they arrived, they could see heavy smoke and fire coming out of the building.

Firefighters say the affected business was an auto body shop called Import Parts Center and some customers’ vehicles were damaged in the fire.

“We did have exposure problems with the surrounding buildings especially the one in the rear. That one had auto-body paint supplies. Those materials are hazardous, there were a lot of initial challenges the firefighters were dealing with,” said Eric Thompson, Fire Chief with the Medford Fire Department.

There were no injuries the cause of the fire is under investigation.