SISKIYOU COUNTY, Calif. – A private contractor was injured during a flash flood in the area burned by the McKinney Fire near Yreka.

The McKinney Fire started on July 29 west of Yreka, triggering evacuations in the area. As of August 3, the fire was reportedly over 57,500 acres in size and 0% contained.

As over 1,800 people were working on the fire, intense rain hit parts of the burned area Tuesday night, triggering a flash flood that pushed trees and mud across a road.

An unlucky crew member working on the fire was caught up in one of the mudflows after a bridge gave out. The private contractor was taken to a nearby hospital to be treated for non-life-threatening injuries. 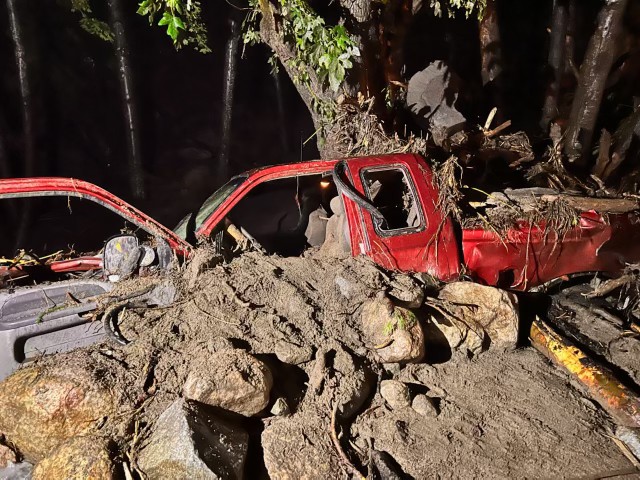 The firefighter was eventually released and is safely back in a hotel to rest, the Forest Service said.

The cause of the McKinney Fire has not yet been determined, but investigators said it wasn’t started by lightning.