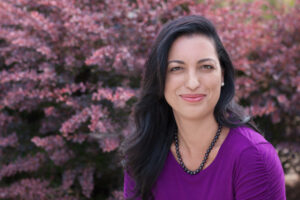 MEDFORD, Ore. — A Rogue Valley business leader announced her plans to run for Governor next year. Jessica Gomez is the CEO of Rogue Valley Microdevices.

Gomez is running as a Republican, after previously being a registered Democrat. She’s also one of the first Republicans to announce they’re running for Governor in 2022. “Our state needs new leadership. I mean we have been through a lot with fires, though a pandemic, continued riots in downtown Portland, it’s time for something different,” said Gomez.

It’s not the first time she’s stepped into politics. Gomez ran against Jeff Golden to fill Alan DeBoer’s Oregon state senate seat in 2018, but lost. She’s currently serving as the chair of both the Oregon Tech and Medford-Jackson County Chamber Board of Directors. She believes Oregon needs to be more business friendly.

As a former Democrat, Gomez’s political background will be challenged by fellow Republicans, much as Knute Buehler was in 2018. “I’m a moderate candidate, Oregon is a moderate state!” said Gomez. But Oregon’s Republican party leadership may not be moderate.

In January, it called the capitol insurrection a “false flag operation,” saying President Trump’s supporters were being falsely blamed for the attack. That’s not true and even Oregon House Republicans quickly condemned the statement.

Gomez said she’s not focused on national politics. “As far as the rest of it, I’m focusing on Oregon. We have an urban-rural divide in Oregon. And I think that’s really challenging for a lot of people, its time to bring people back together again,” said Gomez.