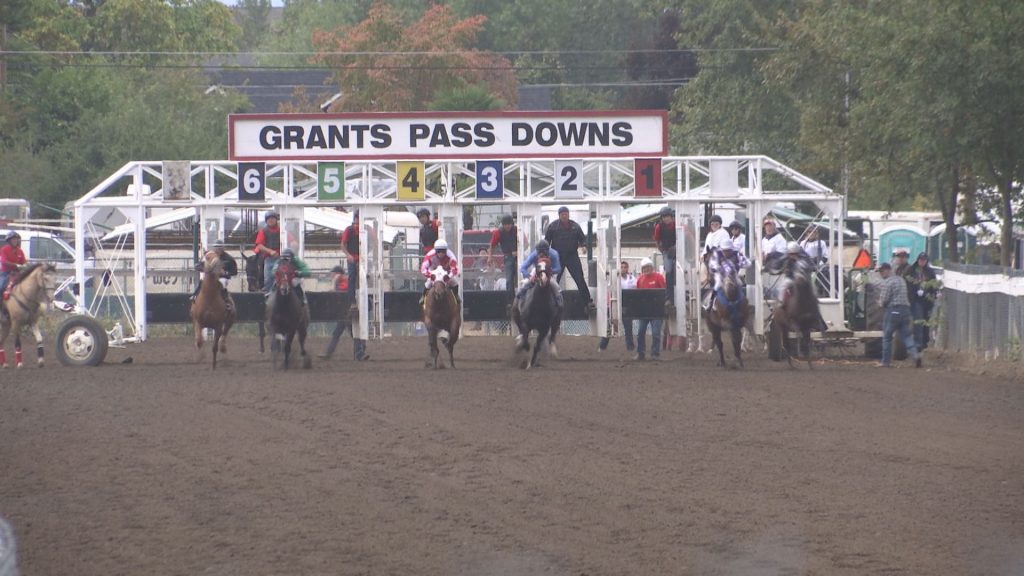 GRANTS PASS, Ore. – Horse racing at Grants Pass Downs will not be held this year as planned.

Originally scheduled to kick off this past February, the 2022 commercial race meet was pushed back and eventually canceled, as of April 12.

“As a result of the Oregon Racing Commission’s vote to deny an operating license to The Flying Lark, Grants Pass Downs has lost its economic engine,” said Travis Boersma, owner of Grants Pass Downs. “While we remained hopeful we would be able to host a viable race meet, the uncertainty here and across the industry has resulted in a drastic reduction of race horses at Grants Pass Downs. At this point, it’s clear running the meet isn’t feasible.”

The cancellation of the races means about 50 jobs will be lost during the season, G.P. Downs said. Those are reportedly in addition to the 200 lost with the denial of The Flying Lark.

Boersma said, “Saving horse racing in Oregon has always been one of my top priorities. Moving forward, it’s my sincere hope the horsemen’s associations, private investors and the state can come
together to find a path to continuing this sport.”