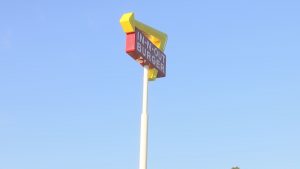 Grants Pass, Ore. —  The big day is almost here. Oregon is gearing up for its second in-n-out burger restaurant.

The first local In-N-Out opened in 2015 on Crater Lake Highway in Medford. That opening brought long lines and a lot of traffic. With the Grants Pass location quickly approaching its opening, the city is assuring the public – it has a traffic plan that’s been in the works for months.

“The entrance will be for the folks to go in, is going to be on the north 7th street entrance just passed the intersection of Morgan and 7th. Folks would go in there and they would come out Morgan. They will use the left-hand lane, the third lane on 7th street as the queue,” said Lora Glover, Planning and Development Director, City of Grants Pass.

In-N-Out employees told NBC5 News the opening date will be Friday; however, its corporate office hasn’t confirmed that date yet.