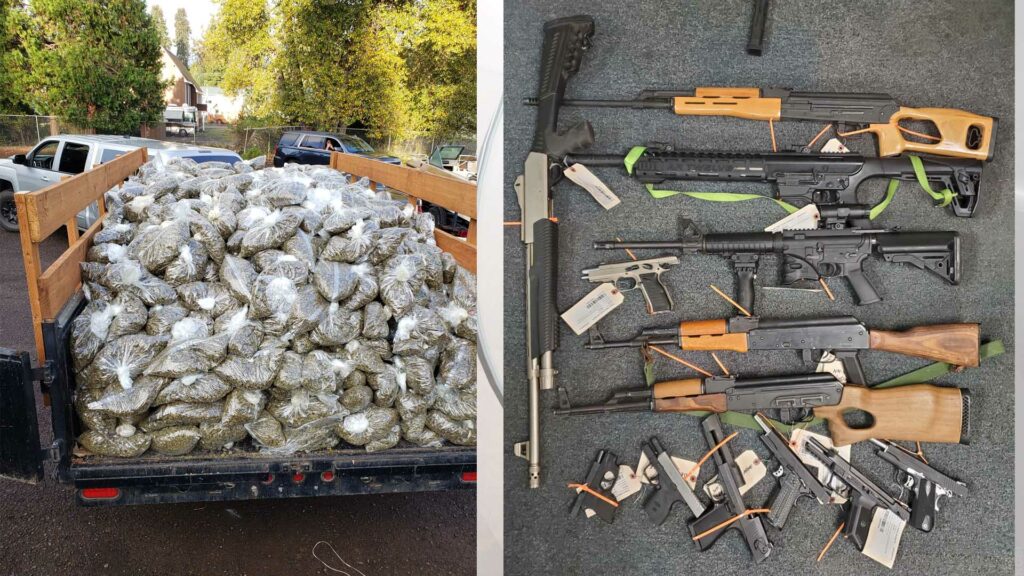 PROSPECT, Ore. – An illegal marijuana operation was busted by police in Jackson County.

Oregon State Police said on Thursday, September 22, officers served a search warrant at a warehouse near 1st Street in Prospect. Approximately 18,000 pounds of illegal, processed marijuana was found at the location along with a single firearm.

30-year-old Yasmany Mesa was arrested and lodged in the Jackson County Jail for numerous drug-related charges.

According to OSP, a nearby property in the 400 block of Red Blanket Road was also searched. There, police found approximately 2,360 pounds of illegal marijuana, 416 illegal marijuana plants, $17,000 in cash, and various vehicles and trailers used in the drug operation.

At the Red Blanket Road property, two people were detained, interviewed, and released.

All illegal marijuana seized at both locations was destroyed, OSP said.

No further information was released about the ongoing investigation.