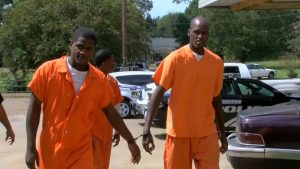 Lexington, Miss. (WLBT/NBC News) – Four Mississippi inmates are facing more charges after allegedly breaking out of jail, burglarizing a nearby Dollar General store, and then sneaking back into jail without being noticed by guards.

According to police the inmates jumped the fence at the Holmes-Humphreys County Correction Facility.

and walked less than a mile to a Dollar General. Police say surveillance video from that night shows they broke in after hours to steal any and everything they could get their hands on.

After grabbing the items in the store, the chief says instead of making a run for it, the men sneaked back into jail unnoticed. Williams even bonded out for another charge before authorities figured out what happened.