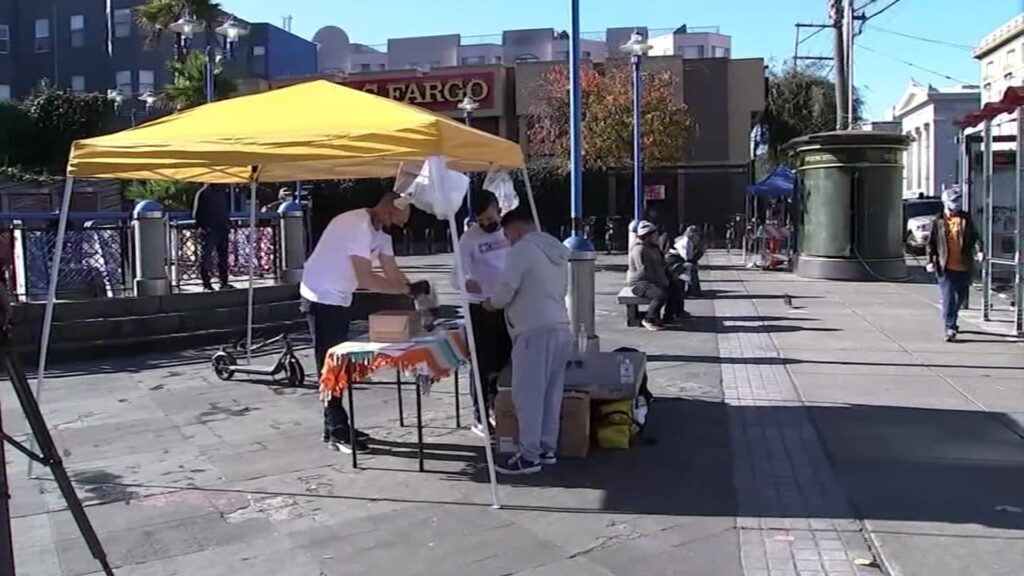 The man in charge calls himself Joseph Noble. “I work with Crestview Clinical Laboratories,” he told an ABC7 reporter. “But we are subcontracted out with them.”

The ABC7 News I-Team tried verifying that. But Crestview Clinical Labs denied his affiliation and wrote back saying Noble misrepresented himself. BART also denied the site was allowed to be on their property. Yet, that wasn’t the only issue that raised eyebrows.

In order to get tested, people needed to fill out a form requiring your name, address, phone number, birthday and email address.

Jamie Court is the president of Consumer Watchdog. He’s seen many cases of unauthorized pop-up COVID testing sites on the East Coast. He said many of these alleged contractors even required Social Security numbers in order to get a COVID test.

Court said, “A lot of these so-called ‘contractors’ don’t even have labs they work with. They take a specimen, or purport to take a specimen, but what they’re really after is their private information and often times these tests are never performed.”

This problem is happening all over the country.

San Francisco City Attorney David Chiu said, “We have investigators looking into this as we speak.”

Turns out Noble’s site has ties to another company, Community Wellness America, that’s currently being investigated by the San Francisco City Attorney’s Office.

City employees raised concerns about the company’s testing sites set up across the city, including Golden Gate Park and Dolores Park.

Private COVID testing operations are required what’s called a “CLIA” license through the Centers for Medicare and Medicaid services that ensures proper standards for diagnostic testing are met.

“These operations were not able to produce the valid up-to-date licenses that are required under federal law… incredibly troubling,” Chiu said.

Community Wellness America was previously flagged and shut down by Marin County Public Health officials in August for operating without a valid permit.

The ABC7 News I-Team first reached out to the company last Friday for further comment but have yet to hear back.

But as we wait, keep your eyes out for the pop-up sites. Especially if the offer sounds suspicious, it’s usually too good to be true.