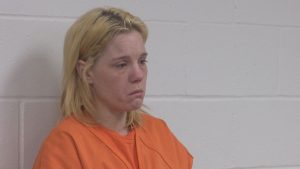 KLAMATH FALLS, Ore. – A woman from Bonanza, Oregon woman was sentenced to 100 months in prison for her role in the death of her 6-week-old child.

Ashley Grace Irwin was arrested in April on manslaughter charges.

An investigation revealed the infant died in 2018 from a lack of food and medical care.

As part of the plea agreement, Irwin will testify at the trial of co-defendant Douglas Dale Johnston, the father of the child.

Johnston was arrested earlier this year in Alaska after neighbors there learned he had a warrant out of Oregon.