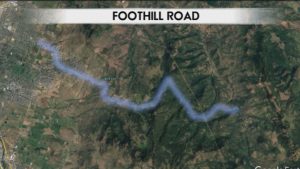 On Wednesday, deputies cited three drivers for speeding, two for cell phone use, and six for driving with a suspended license. The sheriff’s office said North Foothill Road is an area of concern, because of its high volume of drivers and high rates of crashes.

“Foothill Road is a really popular route people use to avoid the highway – basically between Medford and White City or Eagle Point – so it gets a lot more traffic than really it was intended to have,” said Sergeant Julie Denney, JCSO.

The sheriff’s office said if you would like to see deputies focus on a traffic problem in your neighborhood, you can call dispatch to request extra patrol.