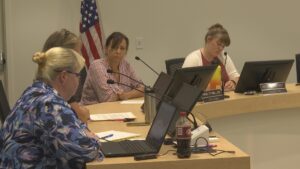 PHOENIX, Ore — The Phoenix mayor and council members meet to discuss the removal of a planning commissioner they say is “disruptive.”

The emergency meeting was called *after a planning commission meeting where Jason Couch was described to be a “bully” to staff and other council members.

He started serving the commission in January of this year, but people said he created an environment of fear with the mayor saying he seemed to only want to antagonize other commissioners.

“We are a town literally coming out of the ashes,” said Phoenix mayor Terry Baker. “And to think one of our own planning commissioners would dress down one of our planners like that is completely unacceptable.”

Couch was voted out by a four to one vote.