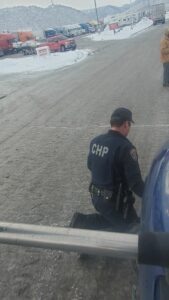 CHP officer Greg Perkins found a truck driver stuck on State Route 3 headed uphill. Perkins says he got behind the  80,000 pound truck in his Chevy Tahoe and started pushing the driver uphill. After he couldn’t push any further, another officer got involved. The two hooked a tow strap to the truck pushing the truck to get it back on the road.

“To get a heavy-duty wrecker there probably would have been about an hour response, so this way I was able to at least get her cleared out of the way, keep people from getting hurt, there were people on the shoulder putting on chains so it would have been really dangerous if she slid back, I’m glad it didn’t happen that way,” said officer Perkins

Officer Perkins says the driver was appreciative of the help!

He says it’s important to know how to install your chains prior to hitting the road. 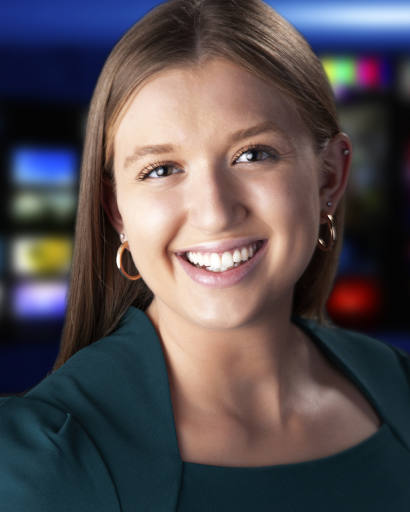