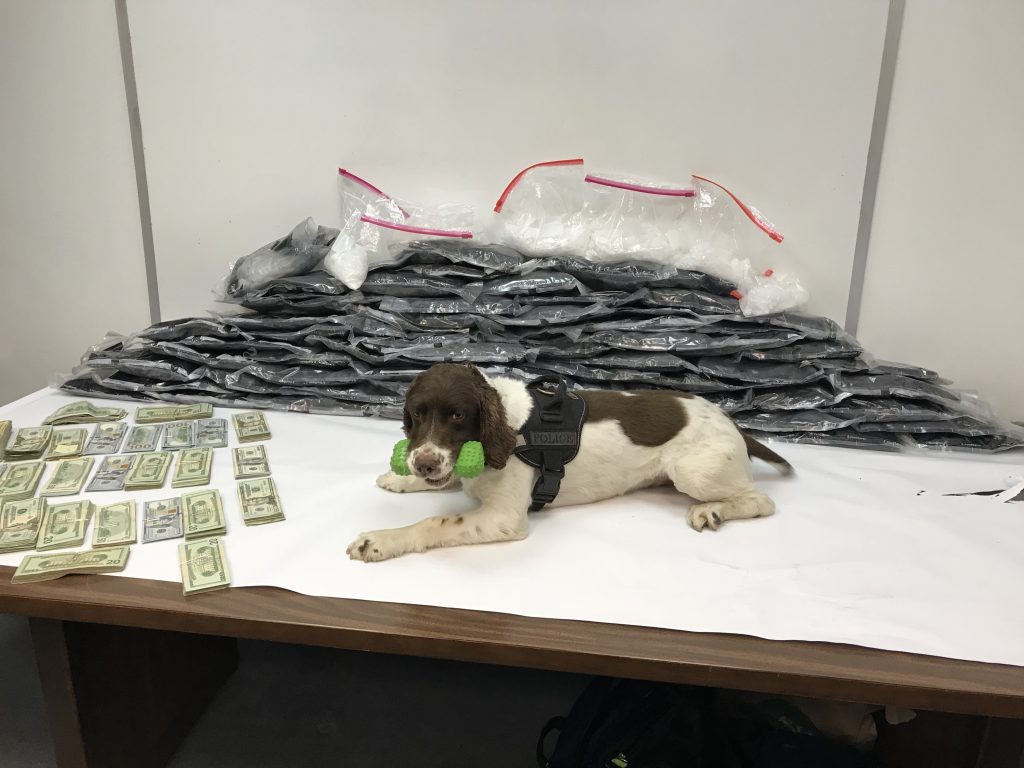 Douglas Co., Ore — The Douglas Interagency Narcotics Team seized nearly 74 pounds of methamphetamine on Saturday, the largest meth seizure in the group’s history. The agency reports detectives were conducting an operation over the weekend when the drugs, worth around $370,000 were taken.

Police pulled over Israel Salvador Mercado-Mendoza, 30, and Rigoberto Morfin-Pedroza, 33, on Interstate-5 near milepost 151. A canine alerted officers to the presence of drugs in the car. During a search, the methamphetamine was found.

Oregon State Police assisted in the case. The investigating is ongoing.