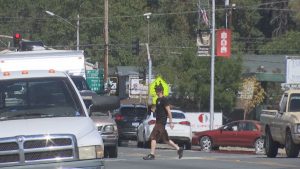 The Illinois Valley Lions Club is holding a fundraiser from 9 a.m. to 4 p.m. on June 13. There will be a car wash, food trucks, bake sale and can & bottle drive.

Organizers said they wanted to honor Devin Tandy, the 43-year-old volunteer firefighter who was killed outside his Cave Junction home last month.

The fundraiser will be at the IV Lions Club building at 110 N Redwood Highway. Residents are asked to bring their own face masks but hand sanitizer will be provided.