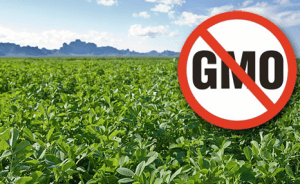 The deal would allow certain farmers growing GMO alfalfa to continue to grow out that crop and switch out of GMO alfalfa at the end of their crops life, not exceeding 8 years.

GMO farmers would in turn, agree to not appeal the court’s ruling upholding the county-wide GMO ban.

“This settlement agreement is going to potentially save, literally save the county tens of millions of dollars,” says Doug Breidenthal, Jackson County Commissioner.

“We definitely have different views on GE crops and so to move forwards we’re not looking for a quick fix we’re looking for long term effects and this is the best solution,” says Elise Higley, Director of Our Family Farms Coalition.

The settlement will now go before a county judge with the commissioners’ approval.